Roland Emmerich is much maligned by many. And for good fucking reason. Exhibit A – He wrote Independence Day in a weekend. It really, really shows. However, there’s something about anything that came out in the mid 90s that has earned utter reverence by those who lived through it. As such, Independence day, despite being really quite awful, is still one hell of a great experience. Sort of like crack. Don’t quote us on that. Drink along with us and be safe in the knowledge that someone out there thought this film deserved TWO sequels. 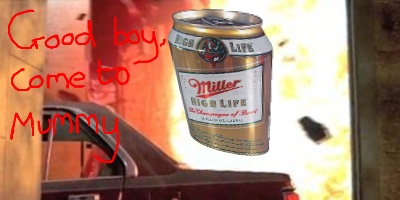 Every time there’s a Jewish stereotype.
There’s a lot of Jews in Independence Day. Unfortunately the only Jewish character who isn’t either a raging queen or a Negative Nancy is Jeff Goldblum. Thankfully he, you know, saves the world and all that. Meanwhile we have Judd Hirsch’s bitching to deal with. Take a sip! Mazel tov!
Example:
“I look like a schlemiel! Oy…”

Every time there’s a chess analogy.
No, Jeff Goldblum, not everything can be compared to a game of chess. I know you are trying to establish some kind of symbolism here, but it doesn’t even reach the level of Forest Gump.
Example:
“A countdown… wait, a countdown to what David?”
“KING ME.” 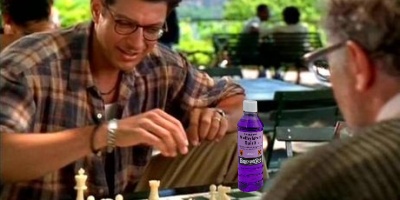 Take one big gulp if you recognise the actress playing Bill Pullman‘s daughter, and from then on drink whenever she’s on screen! 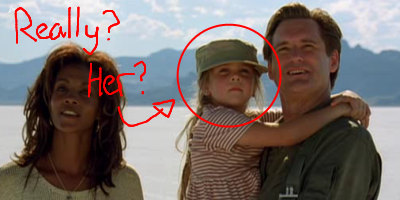 Every time Randy Quaid slurs something incomprehensibly alcoholic.
The drunken buffoonery of Randy Quaid hasn’t aged well. Inexplicably, despite having blood/alcohol levels that would make André the Giant weep quietly in the pub toilet, Randy Quaid goes from dusting crops to flying a jet. Take a couple of sips to honor the majesty of The Quaid (Randy, not Dennis).
Example:
“I can fly. I’m pilotrrrschhhlluuurp.” 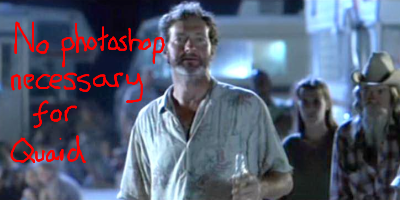 Every time Bill Pullman growls his way though a line.
In an attempt to sound more like a rough-and-ready Mr. PRESIDENT, Bill Pullman does something weird with his throat. It might be cancer for all we know, but it certainly does work. Good luck making it through the emotional and awe-inspiring speech/jingoistic bullshit scene.
Example:
“You’re talking about line of sight.”
“Doesn’t anybody have any missiles left!?”
“Mommy is sleeping now.” (ROFL) 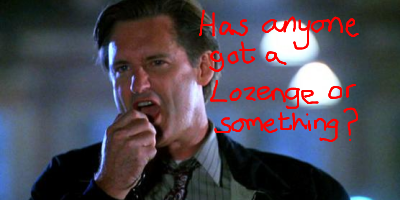 Every time Robert Loggia looks like he’s suffered a brain haemorrhage.
Is that dude OK? He doesn’t look so good…

“This may be our last night on earth. You don’t want to die a virgin, do you?” So take a couple sips and close your eyes… 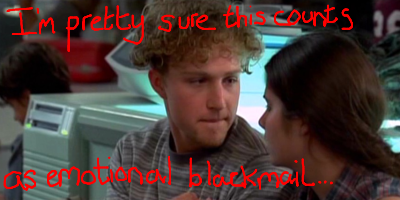 Whenever a named character dies.
It’s rather odd, but Independence Day manages to transform the horror and catastrophe of death into something magically hilarious. Drink for the homies. 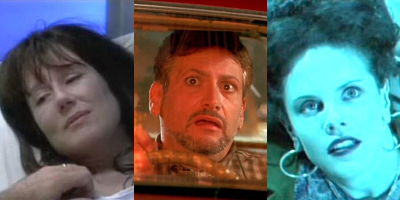 Whenever Jeff Goldblum completely makes shit up and gets away with it.
No one owns a pregnant pause like the ‘Blum.
Example:
“A virus… computer… virus.”

Whenever Will Smith talks tough.
Will Smith is one bad motherfucker. He punched a goddamn alien in the face! In honor of Will Smith’s ability to exude more machismo than Vin Diesel on PCP, take three big sips when he becomes a badass in a jumpsuit.
Example:
“Welcome to Earth!”
“No, you did NOT shoot that green shit at me!”
“Just a little anxious to get up there and whoop E.T.’s ass, that’s all!” 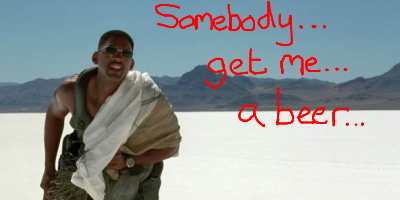 As Quaid goes up, you DOWN IT!