It would seem the natural feature of a drinking game film would be to contain a certain number of scenes where there is, in-fact, drinking. Nevertheless, we have decided to be mavericks for Friday drinking’s first outing. Mavericks, I tell you! This week is all about the period film genre. That means no hunting down any specific movie, because we know there’s an old Sense & Sensibility knocking around your house. Dust off that VHS, and follow zee rules below: Someone marries someone else for money

There is a scandalous elopement

A couple should have sex, and they don’t because it’s a period film, you loon

Any time you see a bonnet. Actually, we don’t want you on the floor – anytime anyone talks about bonnets

A female protagonist displays ‘sass’ unbecoming to the decorum of the time period.

A lady is rescued by a man (if he is on a horse, take another sip)

There is an outdoor proposal

There is worryingly restrained dancing

A Christmas goose is shot with an AK47

You see a black person

Previous: Best sports movies ever made
Next: WIN: 3 x THE REBOUND on DVD! 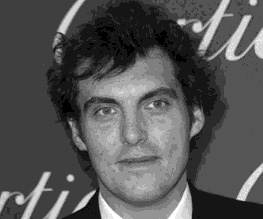