This year’s Glasgow Film Festival began on Thursday 14th February; that my festival didn’t start until Friday 15th is testament to the event’s ever growing success.  No doubt our editor would suggest that if I hadn’t been distracted by supping Buckfast and enjoying deep-fried treats, I would have arrived at the party on time, but that’s only half of the truth. The fact is that tickets to this year’s Opening Gala film (the by all accounts charming and aptly named, Populaire) simply got snapped up too fast for me.  With the shame of this defeat still weighing on my mind, I decided that from the morning of the second day, I would charge into the festival head-on, committing myself to a five film day. Starting from 11am and ending fourteen hours later, the following is what I was watching. 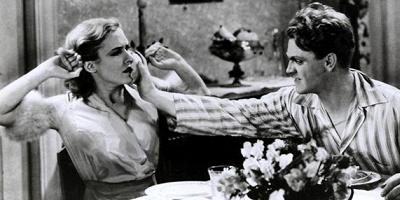 With this year’s festival retrospective offering a look back at the films of James Cagney, what better way to kick things off than with the film that made him a star?  Unflinching for its era, this Pre-Code crime drama about the rise of a young gangster in prohibition time America made Cagney Hollywood’s go-to tough guy.  Though his misdemeanours start off as little more than petty theft, by the end of the film Tom Powers (Cagney) is kind of morally vacant man who can carry out a murder and move onto talking about his new girlfriend with barely a moment for breath.  Not that Cagney was ever one for long pauses; his rat-a-tat speech patterns along with his ability to appear both amiable and menacing simultaneously were a signature, setting the stage for character actors like Joe Pesci amongst others.  The film’s infamous ‘grapefruit scene’ in which an aggravated Powers shoves his girlfriend’s (Mae Clarke) breakfast into her face serves as a perfect illustration of Cagney’s ability to move between pent up rage and outright aggression.  Yet although the film possesses a clear “rise and fall” arc (complete with a surprisingly bleak end), at the time of release some critics felt that the character of Powers was too romanticised.  To look at it now, the film’s standout scene – a moment in which our lead charges unaccompanied into a shootout only to emerge heroically wounded, staggering through a poetic downpour – may not have helped. But still, it really does look glorious.

Winner of the Berlin Film Festival’s prestigious Golden Bear, Caesar Must Die marks the latest collaboration from veteran Italian directors Paolo and Vittorio Taviani.  Set in Rome’s Rebibbia maximum security prison, the film follows a group of real life inmates as their in-house theatre group prepares for a production of Shakespeare’s Julius Caesar.  The story here is not just about staging the play, but also how the prisoners connect to it.  Betrayal, corruption, murder: some of the men find it all too easy to relate.  Yet although their final performance is undoubtedly an impassioned one, it is during the rehearsal scenes that the film really captivates.  Shot in crisp black and white, and making full use of the building’s drab corridors and barren yard spaces, it turns the harsh surroundings into a set that is somehow both bleak and beautiful.  As inmates cry out from their cells, their voices representing the masses of Rome, there’s a feeling that this is the closest some of these men will ever come to being heard again.  It is an opportunity that both liberates and confines them further.   “Since I got to know art,” one prisoner relates, “this cell has become a prison”.  Captivity may be difficult, but having a window only makes it worse. 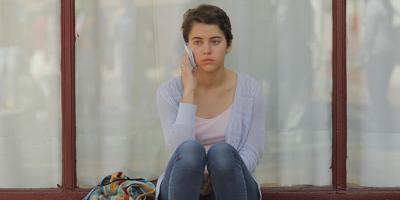 Following the death of her mother in a car accident, a teenage girl named Alejandra (Tessa Ia) and her depressed father, Roberto (Hernán Mendoza), decide to make a fresh start.  Leaving their home in Puerto Vallarta, they move to Mexico City where, despite their struggles with grief, Alejandra soon settles in at her new school.  However, when a weekend away leads to a moment of drunken passion, Alejandra quickly discovers that she has put too much trust in her new found friends.  As teasing swiftly escalating into relentless class-wide bullying, the film is unflinching in its portrayal of the cruelty, intimidation and sadism that begin to dominate Alejandra’s life.  Utilising stationary camera angles and extended takes, director Michel Franco achieves a feeling not only of naturalism, but also helplessness, the unmoving frame mirroring both the absence of intervention and an inability to escape.  As Alejandra’s torture continues to worsen, some viewers may find it difficult to accept that not one of her peers would stand-up for her, yet to others this will only make the impact more horrifying.  It might be hard to stomach, but with the film taking inspiration from a number of real life cases, one thing is certain – After Lucia is not a story we can afford ignore. 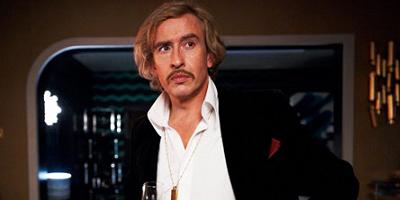 There’s a moment early on in The Look of Love where adult entertainment mogul Paul Raymond (Steve Coogan) reads a review of his first large-scale stage show.  “Pyjama Tops”, the critic declares, is a play punctuated by “arbitrary displays of naked flesh”.  Far from disheartened, Raymond quickly adds the quote to the production’s posters – after all, if that won’t draw the crowds, nothing will.  Yet with this biopic showing Raymond in a light almost consistently amiable, there are moments where one wonders if director Michael Winterbottom may as well have handled his marketing the same way.

Charting the rise of the man often called The King of Soho, the film follows Raymond’s career from the late sixties through to 1992, the scenes presented as memories spurred by his daughter Debbie’s recent death.  Coogan excels as Raymond, capturing the man both at his most confident and amusing as well as his most uncertain and alone.  Yet though having the fate of Debbie (Imogen Poots) known from the outset allows Winterbottom to describe the film as a “King Midas story and a morality tale”, by removing the tension and paying little heed to the aftermath, he only ensures that Raymond’s descent is never truly felt.  The laughs hit home and the make-up is excellent (Coogan convincing as both young and old, even if everybody around him does stay curiously the same), but with the story possessing no real gut punch what we’re left with is akin to one of Raymond’s productions; the flesh is there, but where’s the dramatic meat? 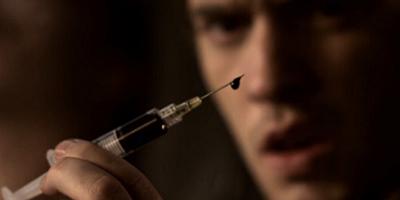 When you’re having a five film day at a festival, and especially if some of them are as tough as After Lucia, the best way to finish is with something like John Dies At The End.  The latest from writer-director Don Coscarelli (the man behind cult comedy horror favourite, Bubba Ho-tep) and based on the popular web serial, the film follows a pair of college drop-outs who become embroiled in a battle to save the Earth after a new drug called Soy Sauce accidentally creates a rift in the space-time continuum.  With the playful script excelling from the outset and a great chemistry between our every-man protagonists, Dave (Chase Williamson) and John (Rob Mayes), there’s a lot of fun to be had here, particularly in the first two acts.  The third, however, sees much of the film’s shrewd time-bending collapse under the weight of sheer randomness, never quite living up to its own promise.  Yet as plot points become muddled or left unresolved, it’s difficult to tell if it matters; with good gags, exploding heads, plus guest turns from Paul Giamatti and an unrecognisable Clancy Brown, there’s enough enjoyment to make sure the film doesn’t die, even if John does.

Off to a highly enjoyable start, the 2013 Glasgow Film Festival continues until Sunday 24th February.  Keep checking back with the blog section for all our latest views on the action.