I run a couple of newspapers… What do you do?

Now here’s an introduction for you: Citizen Kane. That’s all; any other opening is either redundant or clichéd. In fact – and we’re taking a not inconsiderable personal risk in revealing this to the world – if you don’t use the words “Best Film Ever Made” when discussing it, Barry Norman travels in an unmarked white transit direct to your current location and beats you on the kidneys with an adjustable spanner. As he does this, a single tear rolls down his cheek like the caress of a mournful lover. We’ve already said “Best Film Ever Made” so we’re in no danger, and glad of that – he might look wiry but Barry sure knows how to dish out a back-alley spannering. He doesn’t encourage or enjoy doing this, incidentally – Barry is merely a powerless victim trapped in a system of perpetual, Kafkaesque violence.

Whether he likes it or not, Barry’s gonna have his work cut out for him over the next few weeks: Orson Welles’ 1941 classic is being re-released in cinemas nationwide from the 30th October. Naturally enough, the reissue has sparked off yet more debate discussing the merits of this cinematic mainstay, and the moniker of “World’s Greatest Film” will time and again resurface. So when it comes down to it, is this the rock-solid truth or simply reactionary hyperbole from decades of pretentious, high-minded critics?

It’s easy to get tired of people bandying about hackneyed, second-hand plaudits when they talk about Citizen Kane. A friend of mine regularly claims it’s her favourite film despite the fact she’s never seen it. I can understand why the modern moviegoer might shrug it off as the kind of cinema that’s not for them: It’s in black-and-white, nearly seventy years old and the premise (an exploration of the tortured personal life of a reclusive newspaper magnate) is a million miles away from the flash-and-bluster taglines of most modern releases. Citizen Kane‘s reputation also feeds – detrimentally – into this. Audiences are put off, thinking it’s going to be a dense and impenetrable, fit only for scholars and critics. Nothing could be further from the truth. OK, so the explosions, X-rated sex and alien space bats are conspicuous by their absence, but the story is nevertheless engaging, original and curiously modern. Essentially, it’s the story of a man who has everything and yet remains unhappy; a damning indictment of blindly pursuing success for success’ sake.

It’s not, by any means, a simple story, but the way in which it’s told ensures the audience is never alienated or confused. Welles’ consummate direction is key here – simple yet rich shot choices and framing. Then there’s the acting – an ensemble cast firing on all cylinders. A 25 year old Welles manages to play tycoon Charles Foster Kane from his mid-twenties to his late seventies seamlessly and with vivid conviction. You’re continually aware of his slow, inevitable withdrawal from life as, one by one, he alienates all of his friends and lovers.

An important aspect of the film that’s often overlooked is the humour. It’s funny – very funny, in fact. When Kane’s best friend Jedediah Leland trashes the operatic debut of Kane’s new wife, he gingerly approaches the despotic media mogul only to be greeted with a warm hello. “Hello Charlie,” replies Leland. “I didn’t know we were speaking.” “Sure we’re speaking, Jedediah,” quips Kane. “You’re fired.” As well as the more prosaic elements of filmmaking such as the writing and performances, Citizen Kane is rightly lauded as being technically pioneering. Central to this is a technique known as ‘Deep Focus’, where the layers of a shot – foreground, mid-shot and background – are all simultaneously in focus. Look out for it and you’ll notice how startlingly effective it actually is. Literally and figuratively, everything is in hard-lined focus. Then there’s the subtler technical trickery with editing and sound design. Switching between timeframes using a single sentence across the cut is a pretty standard device in modern film and TV. Welles invented it in Kane.

There’s a theory which states that every great work of art will always be more than the sum of its parts. Beyond the superlative script, acting, direction and sound design is a vein of thematic richness that gives Citizen Kane a visceral and rarely-equaled emotional punch. It doesn’t shy away from representing human loss, love, loneliness, memory, friendship, celebrity, wealth… it’s all there, and never feels laboured or mawkish. After the initial watching you might even feel a little underwhelmed, but that’s principally because it’s so carefully underplayed.

If you’re a self-respecting film buff then you haven’t really got a choice on this. Take the opportunity and catch it on the big screen. Revel in 119 minutes of cinematic history; the trailblazing filmmaking, the clarity of vision and vast scope that utterly lacks pretension. Even if you hate it, at least you’ll have an informed opinion. Make sure you keep an eye peeled for Barry and his spanner, though. 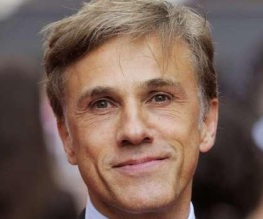 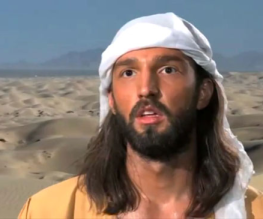 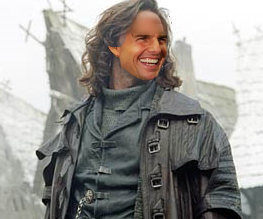