As far as film debuts go, it doesn’t get much better than the experience that’s blossomed from Malik Bendjelloul’s document of the story of Rodriguez, possibly the unlikeliest music superstar who ever lived. In Searching For Sugar Man, Bendjelloul flits between Detroit and Cape Town, two cities quite unalike but for the curious presence of one man, singer-songwriter Rodriguez. Critically tipped to be the next Bob Dylan, Rodriguez released two albums at the start of the 1970s, both of them massive flops. Retiring from the music industry, he stuck to a modest road. Working in roofing and demolition in the decaying urban vastness that is – or was – America’s automotive hub, his post-music industry endeavours seemed entirely ordinary, and altogether invisible. But halfway around the globe, his albums were a sensation. In South Africa, his debut Cold Fact became the unofficial protest music of liberal-minded whites raging against apartheid. 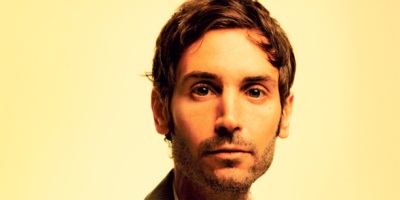 And no-one, not Rodriguez, his producers or manager, knew anything about it. Bendjelloul’s tremendously feelgood documentary traces a group of die-hard Rodriguez fans as they went on a search for a man who knew as little about them as they did of him. Sitting down with Bendjelloul, he doesn’t look like a grizzled muso or crate-digger. Tall and slim, the bright-eyed young Swede is eager to discuss Sugar Man, and it isn’t hard to understand why his enthusiasm for the incredible story hasn’t dimmed. Warmly ensconced in a pillowy suite and quite protected from the grim December sky, we wanted to know if he ever thought the story was too good to be true. Could Rodriguez the man live up to the mythical prophet talked of in hushed voices around Detroit bars and Cape Town record stores?

“I’d heard all the stories, He was like a ghost or something, a mythological character. Everyone said it would be very hard to get him in front of the camera, that he’d be reluctant. And he was! He did not like the camera.” It’s evident during the film that attesting to his surprise fame doesn’t come naturally for Rodriguez, and we wondered if there was any sense of myth-making on his own part, lying behind those impenetrable sunglasses. Bendjelloul makes a convincing case for the opposite – “He didn’t mind the film being made, but he didn’t think it was necessary for him to participate! “You’ve got all these other guys”, he said. “Why would you need me?” He didn’t like to talk about himself, and that’s really in part because he doesn’t have an ego. It’s hard to talk about yourself if you don’t have an ego. Most rock stars love talking about themselves, and he really didn’t. He didn’t even really understand why I was interested in the story!” 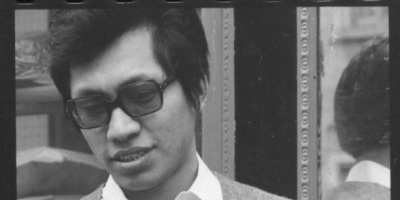 We’re unsure about that last part, as it’s a hell of an intriguing rabbit hole that Bendjelloul enters. Full not just of vindication for Rodriguez, Searching For Sugar Man poses some unanswered questions regarding just why his music failed so spectacularly on the shelves. Asked about the commercial failure of Cold Fact and follow-up Coming From Reality, Bendjelloul’s cheeks bloat pensively, but an answer eludes him. “That’s a very good question and I don’t have the answer, because it’s just that strange.” His eyes narrow, attempting to locate a possible explanation. “They wanted him to change his name. They said “even Robert Zimmerman changed his name,” and he said no, he wouldn’t do that. They released his first single under the name ‘Rod Riguez’. But he didn’t do any of that. He didn’t play the game.”

It’s a sad story, but the renewed interest that’s engulfed Rodriguez’s twilight years has provided some unexplored new chapters. For a man who deliberately stayed in the shadows for so long, how is Rodriguez adjusting to the celebrity bestowed upon him by Searching For Sugar Man? “Normally when a film’s over, it’s over. But with this it really wasn’t. Because the story is about recognition, and how he finally gets it, it’s all been kept alive. He’s touring now, he’ll be playing Carnegie Hall, he recently played the Royal Festival Hall, too. Letterman, 60 Minutes, being viewed by 60M people in America!” Bendjelloul has every right to effuse, having poured his blood, sweat and tears into the finished film. Along with composing some of the non-Rodriguez music for the score via his laptop, he’s responsible for some of the animation as well as having taught himself to edit, composing the final cut of Rodriguez’s extraordinary life. It’s clear his hard work feels as vindicated as Rodriguez’s own. Speaking about the emphatic victory laps of South Africa’s stadium-size venues, Bendjelloul enjoys telling Rodriguez’s story as much as people evidently have loved hearing it – “It proves something. Take me as I am or don’t take me at all. He’s been back to South Africa four times, playing to thousands of fans. Sugar Man is the most successful documentary of all time in South Africa.” 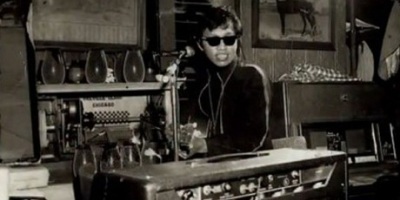 The humbleness of Rodriguez is remarkable in his quiet eloquence on screen, but Bendjelloul isn’t in any doubt as to how the man views himself: “I heard when people asked him how it was to be a roofer, he said “I’m not a roofer, I did roofing.” I think he was an artist. I think he felt, he knew he was an artist, that that’s who he was. If there’s one thing he was proud of, it’s those two records and his daughters.” Pressed for time, we ask what pearls of wisdom might be extracted from Bendjelloul’s heart-warming film. While the answer might sound familiar, the proof of the pudding’s in the eating, and audiences worldwide are finally enjoying a taste of Rodriguez. “Stay true to what you believe in! Just do your thing. To be able to say “I don’t care what people think.” In the end they’ll love you even more. These are the true role models, living their lives the way they want to live them.” It’s a punk rock truism reduced to X Fator banality in recent years, but coming from the authentically exuberant Swede, it can’t help but sound inspiring. Let’s hope he stays a similar course, as we’re looking forward to whatever’s next.