There are lots of movies, right? Like, hundreds, probably. And I’ve seen a lot of them. And lots of the ones I haven’t seen, I’ve seen parodied on The Simpsons, so I completely understand what happens and the themes and whatever. But there are still hundreds upon hundreds I haven’t seen at all. 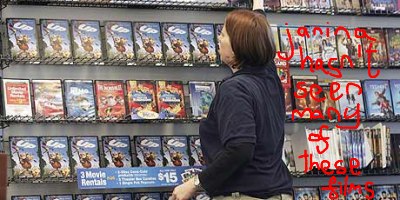 In some cases I’m ok with this. I mean, there are movies like The Human Centipede that a herd of wild buffalo on crack with flaming eyes and laser cannons could not make me watch, not ever, don’t even try, I don’t care how much you say it’s not as bad as I think it’s going to be, I’m not doing it, just stop, stop bringing it up! There are movies like The Lucky One, the ad for which I was forced to see on every bus in the depot outside my kitchen window for months, even though the movie was probably only out for about five minutes, that make me fearful of talking to any other girls in case they say they want to see it and I have to say, urgh, Nicholas Sparks, a thousand times anything but, and they say, oh, but he wrote The Notebook, and I say, yeah but The Notebook was a shitstorm of awful, and they look at me as if I’d murdered their blind grandmother’s puppy for two quid. And there are movies like Salmon Fishing in the Yemen that elicit no response from me other that, meh, not that fussed, really. 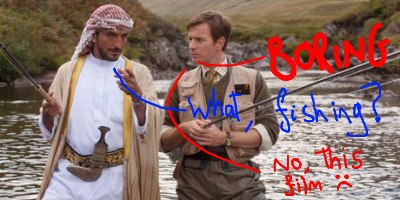 But there are plenty that make eager and excited, there a ones that as a human I feel I should have seen, ones that just based on who I am and what I like I am quite likely to enjoy immensely. And yet, somehow, when I find myself with a quiet evening and Netflix – which admittedly is a bit shit, but still manages to have upwards of several films I haven’t seen and even some I want to – at my full and complete disposal I still scroll through thinking, oh look, When Harry Met Sally, it’s been a couple of months since I’ve watched that three times in one week, and, hey, Con Air, that still exists.

And the thing is, the thing that makes it not my fault, is that it only takes one previously unseen film being shit to make me regret ever watching anything new at all. The other day I was home alone with my gin, scrolling through the ridiculously categorised menu to find something to watch and I came across Funny Face. Cute, I thought, Fred Astaire, I thought, Audrey Hepburn, I thought. Little did I realise that the next ten minutes of my life would be like staring into the eyes of the shark that is about to kill me. 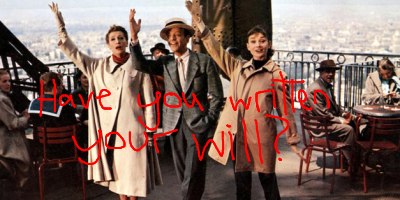 If you haven’t seen it, Funny Face starts with a woman who runs a fashion magazine arbitrarily deciding that what every woman needs all over her life is pink, a glorious epiphany she then sings about for some time. There is no excuse for opening a movie with a scene like this, there is no excuse for putting a scene like this in a movie, ever. And I know that Audrey Hepburn, who we can tell is serious minded because she works in a bookshop, wears brown, and doesn’t approve of magazines, is going to teach all the people the error of their irritating ways – or I assume she is, don’t know, didn’t watch the rest of the movie, maybe she blows them up with a bazooka, eyebrow cocked and knife between her teeth – and probably they’re going to teach her that people would stop steamrollering her bookshop if she’d just wear a brighter colour now and again, but still.

And this time I only lost ten minutes, maybe fifteen. Sometimes it’s as long as a FULL HOUR before I realise that I could restore the will to live by simply pressing stop. 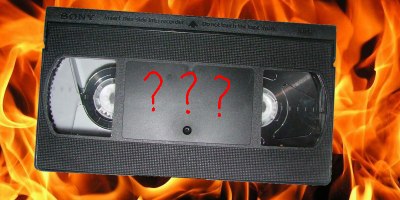 Yes, I know, I hadn’t watched Fargo before I watched Fargo, and if I’d let experiences like this one stop me watching Fargo I would never have seen Fargo, and not having seen Fargo would be a terrible, terrible thing, because Fargo is farking great. I just want you to know that every time I choose to punt on some unknown, untried underdog of a movie, like The Godfather, I am being really brave.