The UK Jewish Film Festival has its roots in Brighton but was expanded into a UK-wide extravaganza in 2003. The festival holds screenings in twelve cinemas across London, and will hit the road thereafter touring twelve to fifteen cities nationwide. The festival provides an outlet for filmakers of all nationalities and levels of experience to showcase their work and a chance for the cinemagoer appreciate the diverse nature of Jewish culture via short films, animations, documentaries and feature films – many of which might not have been screened in the UK otherwise. The opening night film was The Debt starring Helen Mirren as a Mossad agent on a mission to capture the former surgeon of Birkenau, which goes on general release in February. Since many of the films will only be shown at the festival, Best for Film has previewed a cross-section of promising offerings in order to give a taste of this plentiful programme of events. Just before the outbreak of WW2, two young Germans – Helmuth and Jutta – meet and fall in love. What begins as a beautiful courtship, captured intimately in flickering sepia tones through the lens of Helmuth’s camera, soon becomes a distant memory when he is called to fight in a war with which he does not agree. Desperate for news of her beloved from Russia, Jutta’s Jewish heritage forces her to flee for her own safety with only Helmuth’s exquisitely penned love notes for comfort. Meanwhile, Helmuth joins the anti-Nazi resistance and becomes involved in a plan to kill Hitler which is doomed to failure. Homesick, Jutta returns to Berlin to find her parents gone and Helmuth arrested by the ruthless Gestapo. Alone and endangered, she faces the impossible choice between fighting to save herself, or fighting those who have taken her family and lover.

Comprised of archive footage of wartime Germany, and never before seen personal family footage, Jutta tells her incredible story. Whilst this is a tale which could have easily been turned into a weepy Hollywood blockbuster, the warmth and eloquence with which Jutta retells events adds more sincerity to the film than any scriptwriter could. Brought to life using dramatisations and featuring recordings of Helmuth’s actual voice, Surviving Hitler: A Love Story is an impressive tale of love and bravery in the face of extreme difficulty. First time director John Keith Wasson has made intellegent use of archive footage and reconstructed scenes, making the film not too heavy as a documentary thus reminding the viewer that behind the film lies a timeless and personal love story. The Honeymoon Suite is a short film, and at just under ten minutes long, gives a brief yet genuine glimpse into the often misrepresented world of the Jewish arranged marriage. Two newlyweds, the groom played by the little-known British comedian Tim Key, are led to their room by the jubilant wedding party and sit awkwardly opposite one another. His wife, played by Lola Zidi, is fiery and well-meaning, coping as best she can with the evident language barrier an social expectations of her as a new bride. This film shows the marriage unfold its awkward and clumsy wings, and in a few short minutes director Sam Leifer and writer Alexis Zegerman manage to convey a thousand unspoken feelings. Key gives an empathetic and endearing performance and the viewer is left with the suggestion that perhaps a Jewish arranged marriage is not so different from any other: new, strange and exciting. Based on the graphic novel by Wu Lin, A Jewish Girl in Shanghai is in Mandarin and Hebrew with English subtitles- however, don’t let the occasional mistranslations or the anachronistic use of the word ‘badass’ detract from the story. During WW2, some 30,000 Jewish people fled to Shanghai to escape persecution. This film tells the story of a pretty girl named Rina and her younger brother Micheali who are sent from Europe for safety and told to await their mother’s arrival. Alone and impoverished, without food or family, they are befriended by a local boy who sells pancakes named A-Gen. Despite Rina’s worries for her mother, recurring flashbacks and the fact that life is difficult for both children under the Japanese occupation, a touching friendship begins and the viewer gets to appreciate a unique view of war and culture through the eyes of the young. However, when things take an unexpected turn, can their friendship stay strong in the face of adversity and cultural gulfs?

A Jewish Girl in Shanghai is the first Chinese animation to deal with the Holocaust, and manages it sensitively. The fresh perspective of the main characters means that the events of the times are freed from cliched depictions of the Holocaust and the viewer is able to draw their own conclusions. Beautifully drawn, the doe-eyed characters are brought to life using rich colours and charming dialogue.

The UKJFF is a vibrant and varied festival, portraying a culture as diverse as the programme itself. It runs in London from the 4th to the 21st November inclusively, but will be visiting cinemas all over the UK in January to April next year. You can find out more about the festival here!

Previous: Ryan Reynolds is World’s Sexiest Man. Obviously.
Next: My Afternoons with Margueritte 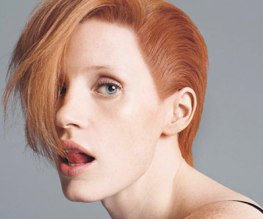