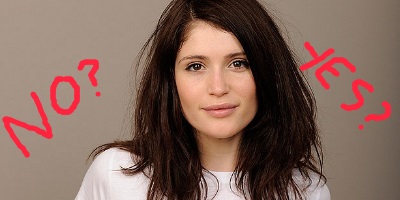 Look, we don’t want her on this list – but there’s just no point denying that the majority of the world loves Gemma Arterton. She’s curvy, she’s brunette, she’s starred in several big-budget action flicks (the most recent of which is Hansel And Gretel: Witch Hunters) and has a reasonably Croft-esque accent. What more could you want, eh? Other than, presumably, the ability to act convincingly? 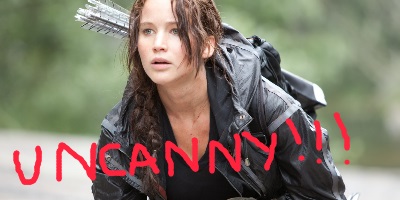 Let’s just get this one outta the way early. There’s only so many ways you can typecast Jennifer Lawrence as a brunette outdoorsy type with a penchant for braids, but, to be honest, the new Tomb Raider game looks like it was based on The Hunger Games. Large foreboding forest, lone brunette with a bow-and-arrow, grouchy big-teethed animals popping out at you everywhere you turn. Minus the child-on-child killings, the plot of game and film look as if they were separated at birth – so, yes, it makes sense that a tiny sneaky bit of us wants to see Jennifer Lawrence swap Katniss Everdeen for Lara Croft. But only a tiny bit, mind. Only a microscopic tiny bit…

Fine. Every single fibre of our very being wants Jennifer Lawrence to do it, but we know she won’t. Her Oscar would just weigh her down too heavily during the big action sequences. 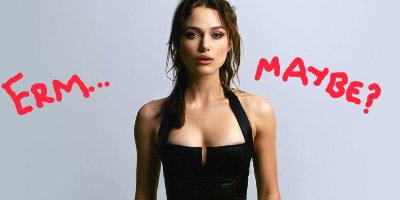 I know what you’re thinking – she doesn’t have any boobs whatsoever, does she? Not even a tiny speck of lady lump. But Keira Knightley has a) definitely got the posh thing down pat, b) probably knows her way around a butler or two and c) proved she can handle a bow-and-arrow in King Arthur. So all she really needs to do to win that covetable role of Lara Croft is bag herself a wonderbra and just a smidgeon’s worth of acting lessons. And, by ‘smidgeon’, we of course mean as many as she cram in between now and the first day of shooting on the Tomb Raider film. 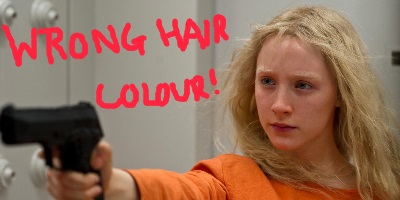 Remember how, in Hanna, Saoirse Ronan kicked ass everywhere she went? We do too. And, if there’s one thing we know about Lara Croft, it’s this; when that girl gets her s**t together, she can single-handedly obliterate every single henchman, dinosaur, bat, dog, spider, centaur and Buddhist monk she comes across. Saoirse Ronan, how’s about ditching that ridiculous Stephenie Meyer project you’re working on (what kind of a title is The Host, anyway?) and come play Tomb Raider with us. Like an actual proper grown-up actress. 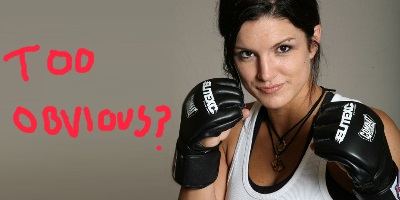 Have you seen Gina Carano in Haywire? No? Go away and watch Haywire. I can wait. No really, it’s fine. I’ve got some paperwork to do anyway…

Done? Yeah, what you essentially just watched is LARA CROFT IN ACTION, albeit under the slightly less glamorous name of Mallory Kane. And she KILLS Michael Fassbender, using all of her ingenuity and awesome butt-kicking powers. Yup, Michael Fassbender. If she can take out that legend of an actor, surely she can handle any of the infamous Tomb Raider big bosses… except maybe the dragon. Nobody can handle the dragon. Which is why NOBODY will EVER finish Tomb Raider 2. WHY IS THERE A DRAGON? 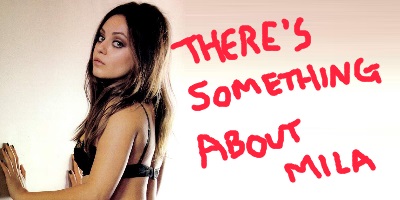 The overwhelmingly talented Mila Kunis possesses a number of the traits which make Lara Croft, in a word, awesome. Firstly, she’s bilingual – just like Lara. We imagine Mila’s ability to speak Russki will come in handy when she finds herself marooned on that enigmatic island. Secondly, she’s proven herself to be quite the nimble little minx in Black Swan – and we all know how much Lara Croft loves to whip out the inappropriate handstands during those life-or-death situations. Thirdly, she’s drop dead gorgeous, which is always a must for truly dedicated female archaeologists. They don’t even let you into the course if you haven’t at least made it through to the final round of a local beauty contest. 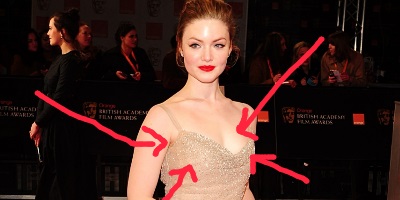 The Scouting Book For Boys and Great Expectations may not have shown Holliday Grainger off to her full Croftian potential, but there’s no denying that there’s something very special about this young British actress. Is it her kittenish sensuality? Is it her fantastic technical ability? Or is it her ability to demonstrate a woman in intensely agonising pain? Probably all of them – but mostly the latter. When you watch someone have their leg deliberately broken, the image kind of sticks with you forever… so we imagine that, when it comes to the darker elements of the new Tomb Raider, Holliday Grainger will be in her element.

JUST LOOK AT ALL THE PAIN HOLLIDAY CAN GET HER ACTING TEETH STUCK INTO! She’s just going to love this so bloody much. 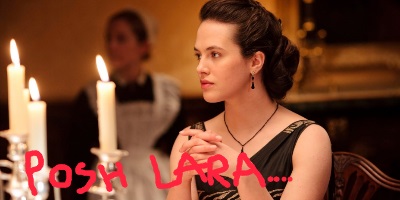 If there’s one thing (make that two things, actually) we remember about old-school Lara Croft, it’s this; she has outrageously covetable bosoms. Boobs. Bust-bags. Whatever you want to call them, there’s absolutely no point denying that they’re there, wobbling gently before your eyes. Jessica Brown Findlay, as many of you will remember from Albatross way back when, is also in possession of such things. And, on top of that, she’s mastered the ability to speak in a well-bred English accent (see Downton Abbey for further reference), as well as the ability to act with bucketloads of conviction. Just strap a small backpack to her shoulders, tug her long brown hair into a plait and manouevre two pistols into her pale and unresisting hands and – voila! Miss Croft is ready for action. 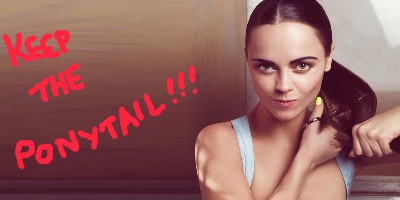 Weird thing about Christina Ricci; she never visibly ages. It’s those big eyes and her perpetually vulnerable looking face, isn’t it? So big. So vulnerable. So perfectly suited to Lara Croft’s globe-trotting student on a holiday gone wrong. And it’ll be nice to see her on-screen transformation from a precocious and outspoken archaeological student to Lara Croft, tomb raider extraordinaire. Just give her a handful of acerbic one-liners, a few chances to get macbre in the face of death and just a dash of black lace (we’ll find somewhere for it to be appropriate) and Christina Ricci will be falling over herself to get the part. Trust us. 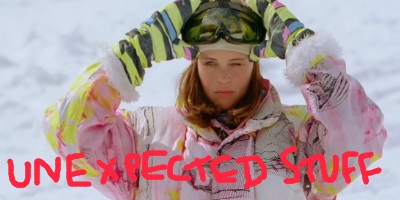 Felicity Jones is, without a doubt, our number one choice for the reborn and revamped Lara Croft. Why? Well, first up, she’s proven herself as a serious actress in Albatross (yup, alongside Jessica Brown Findlay). Secondly, she’s got the swishy brown locks and plaintive facial expressions required for the newer, more vulnerable Miss Croft. Thirdly, and by no means least, Felicity Jones has proven herself to have a serious knack for snowboarding in fluffy frosty rom-com Chalet Girl. And if there’s one thing we know about Lara Croft, old or new, it’s that she bloody loves her winter sports. Just give her a fetching pilot’s jacket, a pair of Aviator sunglasses and she’s away. Literally! So what if there’s no snowcapped mountains on the enigmatic island of the new Tomb Raider game? They can bung some in when it’s FELICITY JONES stepping into that legendary shorts and vest combo, can’t they?

Who do YOU want to see play Lara Croft in the next Tomb Raider film? If you say Keira Knightley, we’re not talking to you anymore…