Four score and seven hours ago, Barack Obama secured another term in office as the most powerful man in the world, not counting The Rock or Jay-Z. Here at BFF we mostly avoid politics unless they’re related to the deeply complex inner workings of Star Wars‘ Galactic Senate. Real world politics is just a bit too shouty, a bit Punch-and-Judy for us. However, given the choice between a basketball-playing, Guinness-sipping, Al Green-covering president and a man who doesn’t even drink coffee, we know who we’d cast a vote for. If we could be bothered to leave the sofa. Or were eligible.

Instead of ruminating on the ever-widening divisions in American society that will undoubtedly define Obama’s next term in office, we thought a better way to congratulate the guy would be a run-down of the ten greatest presidents in film. Barack Obama would undoubtedly make the cut, being a superstar and all, but he’s too busy dancing with Ellen or slow-jamming the news to try Hollywood on for size. Yet. When he eventually tries a reverse-Arnold, here are the men he could take a few notes from. 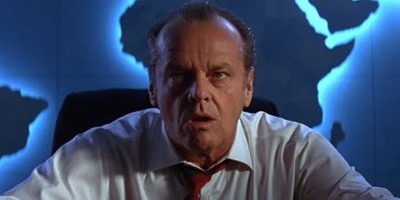 A cautionary tale, this one. When freaky aliens invade Earth, all Jack Nicholson wants is some peace and understanding, perhaps the keys to a spaceship so he might show the White House interns a good time. Poor Jackie-boy gets stabbed to death during a peace negotiation for his efforts. Lesson: if aliens get up in your country, just nuke the fuckers.

#9 – The US President in Love, Actually 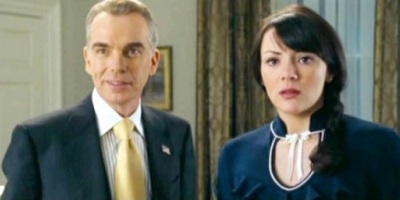 Boo, hiss! Us plucky Brits are sick and tired of the Billy Bob Thorntons of the world stealing all the hotties, so we’ll thank you to kindly step away from Martine McCutcheon! Richard Curtis’s vision of absolute power is so sleazy he doesn’t even get a name! Just an opportunity to be told what for by our drip of a Prime Minister, played by real-life sleazebag Hugh Grant. All of Ben Elton’s irony lessons Curtis had to sit through while co-writing Blackadder clearly paid off.

#8 – Andrew Shepard in The American President 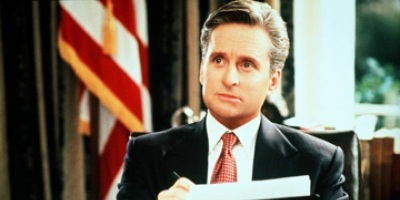 Bawww, Michael Douglas is a mega-popular, super-liberal widower who wuvs his country, and his surname is no accident. 5p if you can guess who dreamed up this fantasy. Aaron Sorkin has made it his career mission to portray US politics and media as the hotbed of logic, diplomacy and intelligence it 100% isn’t. An earlier effort, this, but one of his finest. Shorter than 18 seasons of The West Wing and not nearly as insufferable. 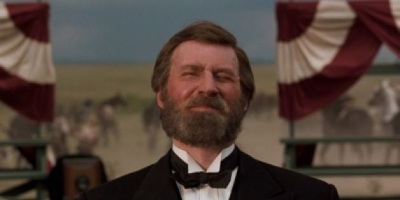 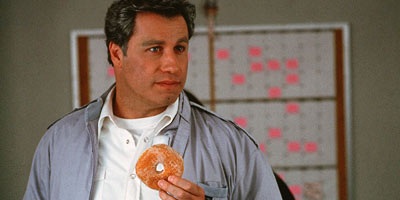 Hoo-boy. Politics can be a dirty business, especially if you’re a charismatic Southern Governor vying for the White House. *cough* John Travolta gives a memorable turn as Jack Stanton, the bright-eyed young gentleman who climbs a slippery slope of sexual misconduct, blackmail and double-dealing to secure his spot in the Oval Office. Hmmm. The tagline for this film was ‘What went down on the way to the top.’ Answers on a postcard. 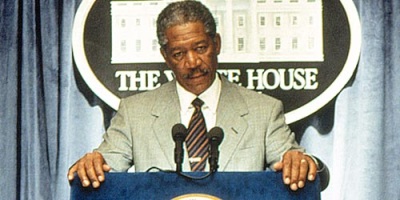 This is how you preside. A slightly larger problem that could face future Heads of State than illicit affairs or that picture with the cat and the bong that somehow wasn’t deleted from Facebook, is GIANT FUCKING ASTEROIDS. Seriously folks, how do you gauge the mettle of the man in charge unless he’s the decider of the imminent fate of all life on Earth? Well, unless he’s Morgan Freeman, we’re pretty much fucked. 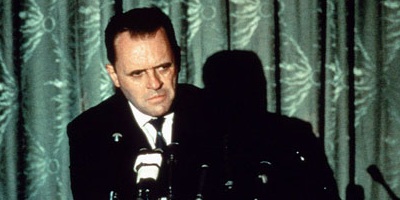 Simply for giving the comedians and dramatists of the world so much material to work with, Nixon makes the cut. Not one, but two great films about him. How many great films about JFK? Zero. Zero. As the sweatiest, most paranoid, controlling and impersonated president, Tricky Dicky is a pop culture touchstone to be appreciated from his incarnation as Anthony Hopkins to Futurama‘s giant maniacal robot. Hail to the chief indeed. 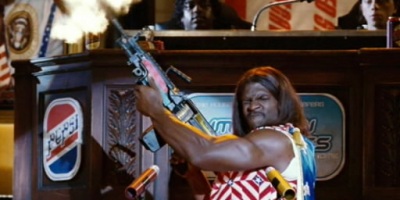 #1 James Marshall in Air Force One 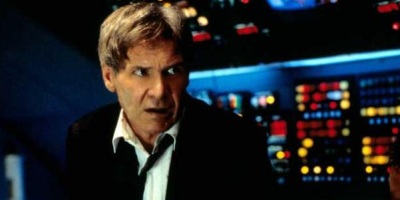 “GET OFF MY PLANE.” Harrison Ford knows how to deliver a line, and in Air Force One he also delivered the ultimate movie president. Never mind that he has the launch codes, Ford’s James Marshall is really just a family man who just wants a relaxing flight back to the US. Oh yeah, he’s also a Vietnam vet and was awarded the Medal of Honor. Oops. Too bad for Gary Oldman and his merry band of terrorists who forgot to Wikipedia Ford before check-in, as they receive an airborne ass-whupping from the greatest POTUS who never lived.

Previous: The Rock to play Hercules
Next: The Hunt