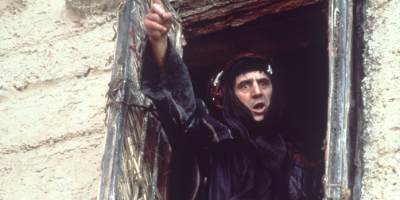 “He’s not the messiah, he’s a very naughty boy!” Let’s give a round of applause to Terry Jones, who proved that you can still pull off being a woman despite a complete lack of effort to look like one. Indeed, Terry Jones has built his career in being one of the worst (and therefore best) cross dressers out there. 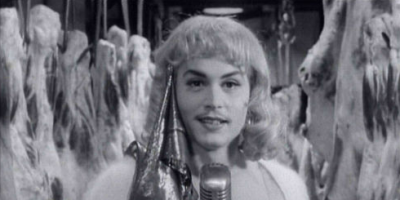 No matter how hard Tim Burton has tried since, he just can’t make Johnny Depp look as disturbing as he did in Ed Wood. The film is a celebration of the weirder side of Hollywood, and Johnny Depp delivers a horrific and entertaining gender bending performance. 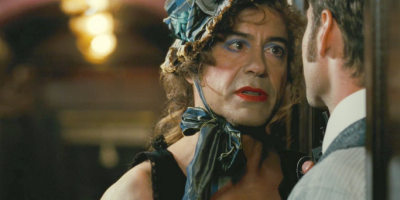 Quite why Sherlock Holmes felt the overwhelming desire to dress up like a woman and caress Jude law is beyond us: it’s just what our new non-Cumberbatchian Holmes does nowadays. Regardless, there’s something magnetic about Robert Downey Jr. in a dress. The man exudes charisma whether he’s wearing an invincible flying robo-suit or a camisole. 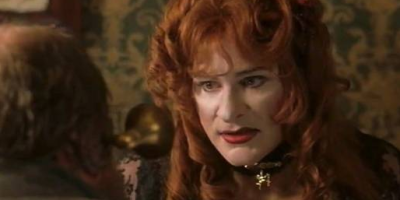 Wild Wild West was an awful awful film, but Kevin Kline was trying his best, dammit! In a similar vein to Sherlock Holmes, Kevin Kline dresses up for the love of espionage. When Will Smith attempts to ape Kevin Kline’s gender bending, he falls flat on his face. See what happens when you try and tangle with the big boys, Will Smith? Now go reapply that mascara until you get it RIGHT. 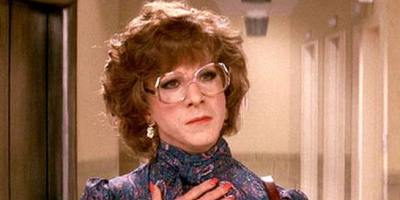 After the shock of seeing one of the most accomplished method actors of our time in full-on drag, Tootsie is a rather great film. In a complete contrast to almost every other entry in this list, the motivation for Hoffman’s character Michael Dorsey is actually rather believable: he has such a bad reputation in Hollywood that he decides to go for a part on a soap opera in his alter ego, Dorothy Michaels.

Dustin Hoffman is such a committed artist that before filming, he decided to test himself by attending his daughter’s parent/teacher evening as Aunt Dorothy. He passed with flying colours: they didn’t suspect a thing. The man is a genius! 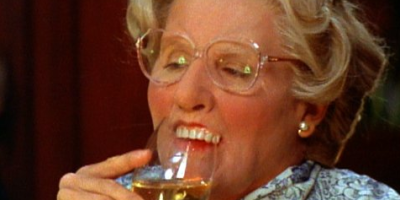 Mrs Doubtfire is actually rather similar to Tootsie now that we think about it, except that instead of trying to get back into Hollywood, Robin William‘s is attempting to completely fuck any chance his kids had for an emotionally stable psyche. You would have thought that Sally Fields would have caught on to Robin William’s charade as soon as she realised that her new elderly nanny looked exactly like her ex-husband with a pair of fake tits, but you’ve to make some allowances for these films, we suppose. 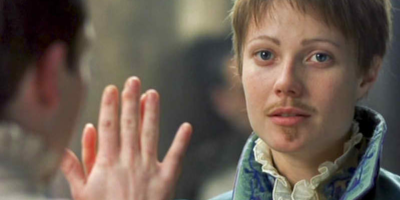 #3 – John Lithgow, The World According To Garp 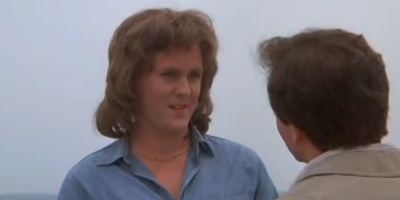 You may not have heard of The World According To Garp, but by God we’re going to scar you for life with it. John Lithgow is one of our favourite actors here at BFF Towers, and we are continually surprised to have him pop up in the most unlikely of places. That’s Robin Williams he’s hanging around with, by the way. Looks like we know where he got his tips on gender bending for Mrs Doubtfire. 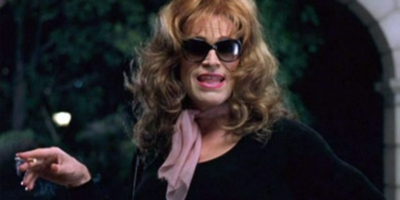 Wow. Just… wow. Willem Dafoe is a fearless actor. People may have thought that his role in Antichrist was his most daring role – it did involve penetrative sex, a close up on Willem Dafoe’s saggy ballsack and prolonged cruelty of his genitals. 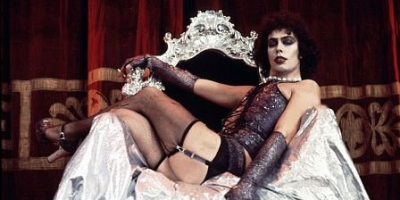 We’ve already given The Rocky Horror Picture Show our Top Cross-Dressing Movie award, but let’s honor the man(?) that made that possible

Imagine you are a young, struggling actor, when you are handed the role of Doctor Frank-N-Furter, a “sweet Transvestite from Transexual, Transylvania” (his words, not ours). How ballsy (so to speak) must you be to take that job, in the knowledge that it might destroy your career. We salute you, Tim Curry, you maverick! Bugs Bunny looks kind of hot… For many of us, this was our first encounter with gender bending (expect for that time where we dressed up in our mother’s clothes). It also happens to be the greatest short cartoon ever made. Elmer Fudd gets the Frank-N-Furter treatment from Bugs Bunny… and appears to have been made a convert by the end. Let’s take a look:

Sword and magic helmet? That’s a double entendre if we’ve ever heard one.