#10 – The Talent Contest (Revenge of the Nerds) 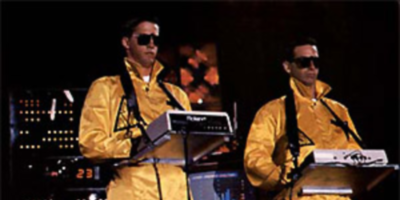 This sequence represents everything we stand for. Geeky underdogs getting one over on school bullies and electro-pop. Revenge of the Nerds was an awesome eighties movie set on a college campus. After spending the majority of the film getting bullied by a bunch of fraternity brats, the social outcasts of Adams College decide to band together to win the annual talent show and wrestle control from the popular jocks that are making their lives hell. Pooling their respective powers together, the geeks turn in a performance which features cool electric keyboards, break-dancing, rock violin and some weird Sugar Hill gang-type rapping. Needless to say the geeks win the talent show and in the ultimate ‘eff you’ to their high school bullies, walk away with some hot chicks. Long live the nerds! 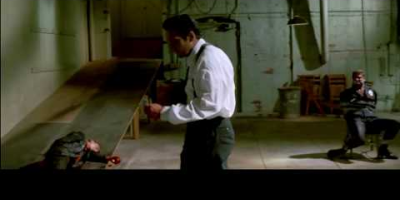 Say what you like about Quentin Tarantino, his ability to pick the right music for his films is second to none. Not since Alex sang his disturbing version of Singing in the Rain in A Clockwork Orange, has a cheery song taken on such dark undertones. Reservoir Dogs was by no means a perfect film but there’s a reason this sequence regularly pops up on ‘greatest scenes of all time’ lists. This scene engenders so many conflicting feelings in us; we can’t help nodding our head to the catchy strains of Stuck in the Middle with You, but equally, we cant help ourselves from grimacing as Michael Madsen clinically maims his victim. We’ve never listened to K Billy’s Super Sounds of the Seventies and frankly, after what happened to this poor schmuck we don’t think we want to. 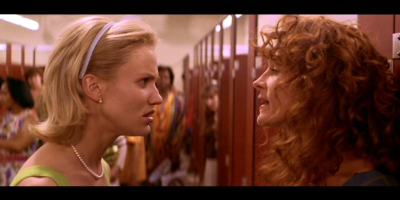 We have conducted a great deal of research on this and we can conclusively prove that it is physically impossible to watch this video without swaying from side to side and singing along. Aretha Franklin’s Say A Little Prayer never sounded so good. Sure it doesn’t make sense, sure the chances of a classy restaurant like this happening to have a portable keyboard to hand are pretty remote, sure the fact that everyone just happens to know the words is a little suspect. But who cares?! It’s joyful and fun and amazing and would you just look at Julia Roberts and that lovely mane of hair? 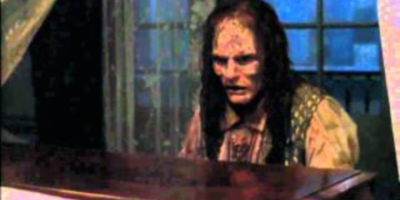 Tom Cruise gets a lot of heat for being, well..really really bloody weird. And yes, there’s no denying that the guy is cuckoo for coco pops. But all his sofa jumping and maniacal laughing tends to distract people from the fact that occasionally, he dabbles in a bit of acting and sometimes, he’s not all that bad at it. When he was cast as the vampire Lestat in Interview With The Vampire, not even Anne Rice (the author of the books that the film was based on) was on board. However, Tom Cruise completely epitomized the depraved and dark nature of the character and nowhere in the film does he do a better job than in this scene. After scheming vampire Claudia (played by an impossibly young Kirsten Dunst) tries and fails to poison Lestat, he makes his anger known whilst playing this chilling piano piece. The way the piano punctuates his words as he threatens Claudia is brilliant and perfectly combines with the ornate visual imagery to create a powerful scene. 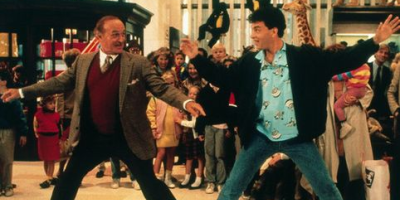 Possibly the most well known use of a piano in a contemporary film, there was no way we could leave this off the list. Tom Hanks is awesome for so many reasons but there is something about watching his portrayal of a child trapped inside an adult’s body in this film that pulls at our heart strings and the child in us still yearns to have our own massive piano to play Chopsticks on after all this time. If you don’t smile at this you don’t have a soul.

#5 The Alien Refrain (Close Encounters of the Third Kind) 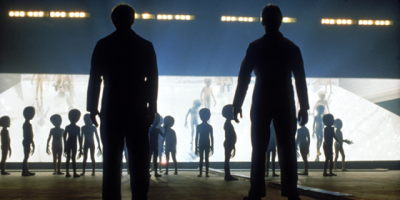 Of all the soaring scores employed by Steven Spielberg, it is ironic that the most effective was this simple five-tone musical phrase. Richard Dreyfuss plays a disillusioned electrician who uses these chords to communicate with aliens, with surprising results. The clever juxtaposition of music and science serve to make this sequence one of the most memorable uses of music and film we’ve ever come across. 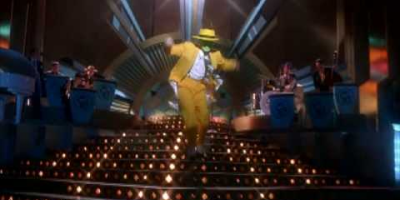 This sequence had everything: Jim Carrey when he was funny, Cameron Diaz when she was hot and a live Jazz band that could blow your socks off. The thumping beats provided by swing revival band Royal Crown Revue served as the perfect accompaniment for The Mask and his hi-jinks. 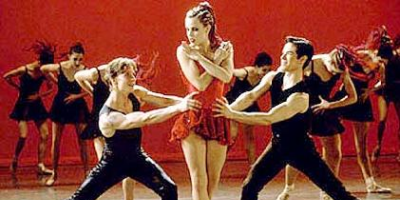 You probably didn’t see Center Stage, it wasn’t very popular and barely made a dent at the box office. This is a shame, because not only did it feature Zoe Saldana in one of her very first roles but it had the best Michael Jackson-inspired ballet performance you’ve ever seen on-screen. Don’t get us wrong, it was no Black Swan, but since when have pretty girls in tutus dancing to The Way You Make Me Feel ever not been cool? 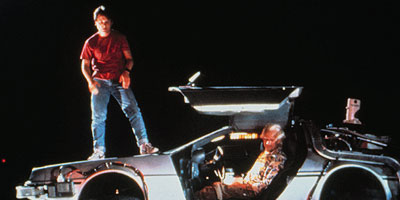 Chances are, this scene will be one of the first things you think of when you hear the words Back To The Future. Ignore the cringy bit of exposition where one of the characters calls up Chuck Berry and instead focus on Michael J. Fox playing the hell out of that guitar. Why wasn’t our school prom like this? 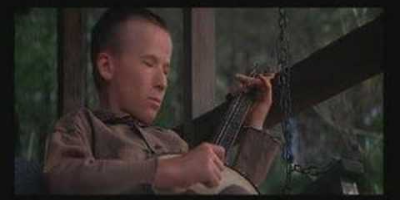 A group of city boys make an ill-advised hunting trip to the countryside and come across a very small yet very hostile group of villagers. Along the way they stop for gas and one of them attempts to make nice with the natives. This scene marks the first and only time that the city and country folk share any pleasant on-screen time together and it is without a doubt one of the best sequences of any film ever. It completely wrongfoots the viewer, quells the tension between the outsiders and the town’s inhabitants and for a while, a shared love of music momentarily makes everything ok. That is, of course, before poor Ned Beatty gets a nasty buggering from one of the locals, but we won’t dwell on that.

Did we miss any of your favourite scenes?