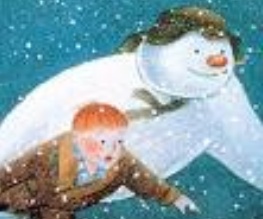 There are many reasons we pretend to like Christmas.

We can pretend some heartwarming reasons, like the happiness borne of peace to all men; or pretend some selflessness, such as the gift of seeing a child’s eyes light up with the innocent joys of GTA: Chinatown Wars. It’s always nice to sit in a large chair for eleven full hours without feeling any guilt whatsoever, and of course, the food is great. But when it comes down to it, we like Christmas for one reason- because it is always the same. And we, the delicate little things that we are, appreciate that in this turbulent, confused.com world filled with bluetooth vegetables and digital fish, there is Christmas. Solid and unmoving. Like the stubborn old lady carrying a bagful of pennies into the ’10 items or less’ queue; she will do things as she always has, thank you very much, so don’t bother rushing her.

Nothing demonstrates this better than our Crimbo viewing habits. As much as we like to think of ourselves as cosmopolitan, insightful and open-minded creatures, all of this goes out the window during the festive season. An award winning documentary on Zambia? Pull the other one! The Grinch is about to start on ITV! A hard hitting German silent film about factory conditions in 1960’s Switzerland? But… then who’ll watch ‘A Very Katie ‘n’ Peter Christmas’?

So settle down into your most child-free armchair, re-adjust your paper crown and wipe that bit of cranberry off your face. It’s time for the real rituals of Christmas to commence.

First shown in 1982, this 26 minute film about a young boy’s adventures with a snowman has been considered a classic ever since it first aired. Some people think its genius lies in its charming and whimsical animation. Others believe that the song ‘I’m Walking in the Air’ has made it part of our Christmas heritage. We think it’s the fact that it has no words, just hypnotic and slightly drowsy music. There is nothing easier to doze off to after a large piece of cake. Which, after all, is what Christmas is all about.

In contrast, there is no sleeping through this one. Kermit and crew re-tell Dickens’ classic tale, with quite a lot of loud bangs and rather more large-eyed puppets than in the book. Like the sticky child clawing at your leg for help assembling his presents, it’s relentlessly loveable, impossible to ignore and ultimately heartwarming. If you don’t end up singing along, you’re a heartless scumbucket who doesn’t deserve that gloriously festive lump of coal.

And you don’t believe it until you watch it, with turkey-flavoured tears tainting your brandy. Every year, and it still gets us.

One of the great mysteries of life, much like Jonathan Ross’s popularity or the spelling of ‘rhythm’, is why The Great Escape has become part of our Christmas heritage. And just like that pesky little ‘h’ (and very much unlike Jonathan Ross), we wouldn’t want it to go away. Maybe we just love shouting “Go Stevey, Go!” as Steve ‘Awesome’ McQueen tears it up on that motorbike. Maybe Grandad just enjoys mumbling “bloody Germans” through his 4th glass of Sherry. Who knows. But whatever the reason, it’s here to stay.

You know the one. 7pm, the featured Movie of the Evening according to Channel 5. No one really wants to watch it. But there it is.  Looking at you. And you all know that at this stage, there’s really no other option; it’s either this, or charades. And grandma gets awful competitive when she’s been drinking.

This is at about 10 o’clock, when whatever’s on TV is staying on because the remote control has been lost in a sea of wrapping-paper, pine-needles and small children. It’s not even a film. Graham Norton is there, and so is the fat one from Gavin and Stacey. Jordan is wearing a hat on her breasts, or perhaps they are her children, it’s difficult to tell at this point in alcohol-fuelled time. Oh God, turn it off. Let us never see their faces again, until this exact time next year.

So there you go. Your Christmas viewing list. Though, obviously, you knew it already. It may not be pretty, but dammit, it’s the only way we know.You can try to complain through weary mouthfuls of turkey sandwich, but we can tell you now, much like trying to convince Uncle John that he isn’t “the Christmas DJ”, resistance is futile.  And, if we’re honest, that’s the way we like it. God bless us, everyone. Spin those tracks, Uncle J. Spin them like there’s no Boxing Day.