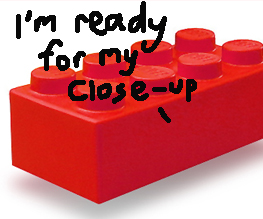 Let us, just for a moment, imagine a world which doesn’t end in 2012: a planet in which Roland Emmerich is not infallible. A terrible thought, certainly, but there is one bright spot on the unapocalypsed horizon. If we make it all the way to the distant space-year of 2014, there should be a LEGO movie waiting there to greet us.

Sound mad? Of course it does, but no madder than Battleship, so shut your nay-saying mouth. Warner Bros. are keeping most of the details either under wraps for now, but it’s confirmed that it will definitely be a thing that happens.

There’s been no word on director, casting or subject matter (beyond “Umm… bricks? I guess?”), but they’ve confirmed the animation studio: Animal Logic, the company behind sky-based Owlstravaganza Legend of the Guardians: The Owls of Ga’Hoole and ice-based penguinstravaganza Happy Feet. So at least if there are any LEGO birds, they’ll be well done. Which is nice.

It’s worth noting that this sort of thing can make or break a franchise, so let’s hope the LEGO people are up to the challenge. It must be quite daunting – we’d imagine they’re bricking it.