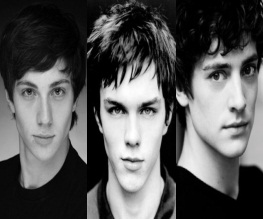 With Aaron Johnson finally ruled out of X-Men: First Class, Hollywood appears to have found a replacement daisy with which to play effeuiller la marguerite with the actor’s name – only this time ‘He will be cast, he will be cast not’.

Jack the Giant Killer is that flower, and it is once again being reported that Johnson is in the running for the lead role. The twist this time: he’s not alone.

Should he beat Clash of the Titans‘ Nicholas Hoult and stage actor Aneurin Barnard to the role, Johnson stands to front Bryan Singer’s latest fairytale epic. While Hoult is no stranger to action, and will co-star in the Singer produced X-Men: First Class, the Kick-Ass actor is currently favourite, having had his name dropped previously.

The competition over the role of Jack will run simultaneous to the search for the movie’s princess, with Lily Collins, Adelaide Kane and Juno Temple (Year One) lining up for London-based screen-tests.

Already subject to a number of delays, Jack the Giant Killer is expected to go before cameras in March of next year.