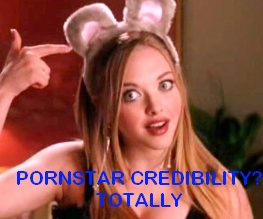 It’s finally been confirmed that Amanda Seyfried, oh she born of Mean Girls fame, will be taking on the role of Linda Lovelace in the biopic of the pornstar’s life.

The story of Linda Lovelace is a pretty complicated one. First up, it’s worth knowing that she shot to fame after starring in fellatio-addled flick, Deep Throat. Can you guess what that’s about? If you can’t, I don’t really want to tell you. Ugh, fine. It’s about a woman who discovers that her pleasure-button is located deep within in her throat. The only way for her to experience the tingles of lovemaking, therefore, is to develop her sexy mouth skills. That’s right. She basically gives men little treats and enjoys it for 61 minutes.

So that’s that bit covered. Lovelace was in a film called Deep Throat and shot to the dizzying heights of erotica-star fame. However, the former Catholic schoolgirl later claimed to have been forced into the role AT GUNPOINT by her evil husband. Who could play this evil husband? Peter Sarsgaard, that’s who! Amanda Seyfried, giving men oral sex against her will, and Peter Sarsgaard waving an M-16 rifle around.

Pardon the pun, but it’s enough to give you the willies, isn’t it?