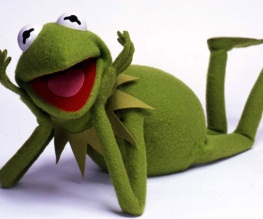 Actress Amy Adams accidentally corrupted the Muppets as she flashed her bum during a dance sequence with Jason Segel for the new film.

The upcoming film was co-written by Segel and Nicholas Stoller (Forgetting Sarah Marshall, Get Him To The Greek) and directed by James Bobin (Flight of the Conchords).

The two stars were filming on Hollywood Boulevard, Los Angeles, when Segel grabbed Amy’s skirt and exposed her. Adams laughed it off and attempted to sing and dance their way through the choreographed routine.

The film, to be released in February 2012, centres around Adams and Segel as they try to help the failing Muppet theatre. Miss Piggy is now a plus-size fashion editor at Vogue magazine, and Animal is attending anger management classes in Santa Barbara. As per usual a gaggle of famous people will be lending their voices for an easy pay cheque, including Emily Blunt, Jack Black, Ricky Gervais and Katy Perry.

Previous: Johnny Depp to join Oz, The Great and Powerful
Next: Pride and Prejudice and Zombies and No Director