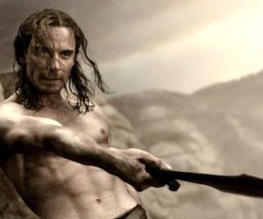 Assassin’s Creed, the wildly popular ancestor-exploring Templar-killing pig-chasing computer game serious from Ubisoft, is getting a film adaptation. Michael Fassbender was a big get early on for the project, he’s both the star and a producer for the title. Assassin’s Creed has finally gotten a release date of 22nd May 2015, which puts it between The Avengers 2 and Star Wars: Episode VII. That’s some dangerous territory!

Assuming that the Assassin’s Creed film is a direct adaptation of the game, we could see Michael Fassbender playing one of several roles; a) Desmond Miles (in present day) b) Altaïr Ibn-La’Ahad (back in the crusades) c) Ezio Auditore da Firenze (renaissance Italy) or d) Ratonhnhaké:ton (during the American revolution). Three cheers if you can pronounce all of those names.

That’s quite a colourful selection of assassins to chose from, really, and Michael Fassbender is such a competent actor that he could play any of them. Or all of them. Simultaneously.

There are very few details confirmed for the Assassin’s Creed film. There’s no director, for instance, and the writer Michael Lesslie is more famed as a play-write than a screenwriter. Perhaps Ubisoft are more interested in getting the Assassin’s Creed project rolling before they’re entirely sure the project will be any good. Here’s hoping!

Expect the Assassin’s Creed news to trickle out in increasingly tempting news bulletins before an inevitably flaccid release in 2015.

Previous: Antonio Banderas and Martin Sheen are Chilean Miners
Next: Anchorman: The Legend Continues gets a new teaser trailer