Avatar is most pirated film of 2010 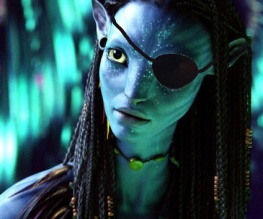 Tens of millions of people who don’t know a sexed-up FernGully rip-off when they see one have united to give James Cameron’s sci-fi epic Avatar the dubious Christmas title of 2010’s most widely downloaded film.

The other podium spots went to Mark Millar’s Kick-Ass (11.4m) and Christopher Nolan’s Inception (9.72m), with the list continuing in a similar vein of action flicks and muscle-bound nonsense. Who’s pirating Clash of the Titans, for Christ’s sake?

Piracy has gone downhill, frankly. We miss the good old days, when men were men and women were foxy…

Previous: Short Film of the Week: Doll Face
Next: SHORTLIST: Snakes On A Sleigh