Ben Kingsley to play Herod in Mary Mother Of Christ 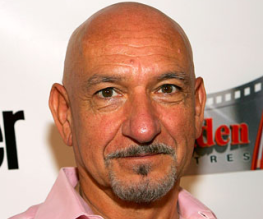 Ben Kingsley is in serious talks to play the role of King Herod in Alistor Grierson’s biblical epic Mary Mother of Christ. If, unlike us, you didn’t get to spend the first five thousand Sundays of your life sitting inside a church trying to conceal a comic book within the Bible you were being forced to read, then you might not know who King Herod was.

King Herod was the self proclaimed ‘King Of The Jews,’ at the time of Jesus’ birth. Upon hearing of a prophesy that proclaimed the coming of a new King that had the potential to threaten his reign, Herod hired the three wise men to locate baby Jesus’ whereabouts under the false pretext that he wanted to worship him. Unbeknownst to the wise men, he actually just wanted to kill him and the wise men’s refusal to reveal the child’s location lead to a culling that saw every first born son under the age of two with the misfortune to have been born in Bethlehem slaughtered. Fortunately, Mary had the good sense to get the hell out of dodge and baby Jesus was whisked over to Egypt and away from evil King Herod’s baby killing clutches.

Ben Kingsley is said to be champing at the bit to get the role and we cant say we blame him. King Herod is more villainous than every Scooby Doo, James Bond or Star Wars baddie we can think of combined. Seriously, Darth Vader has NOTHING on this guy. King Herod will provide a wealth of opportunity for Ben Kingsley to get his evil on and we really hope that he can procure the part. Given that the timeline of the film directly preludes the events of The Passion of The Christ, it will also be interesting to see how Mary Mother of Christ fares against the success of Mel Gibson’s epic.

In fact, The Passion of The Christ is probably one of the only other contemporary films based on biblical stories that we can think of and it’s really quite surprising to us that Hollywood film-makers don’t look to the Bible more as a source for film material. Take for instance the story of Joseph, which incidentally served as the basis for the film Joseph, a film Ben Kingsley also starred in. The film focuses on the story of Joseph, son of Jacob. Jacob had eleven sons but made no secret of the fact that he favoured Joseph the most. Joseph was a little bit of a smart ass about it and so, to teach him a lesson, his eleven brothers (reliable contraception in biblical times? not so much) did what any reasonable siblings would do and STARVED HIM IN A PIT FOR A COUPLE OF DAYS BEFORE SELLING HIM INTO SLAVERY!!

Seriously guys, get your Bibles out. There is some messed up stuff in there.

Previous: Yet more Hobbit promo material
Next: Diana Vreeland: The Eye Has To Travel