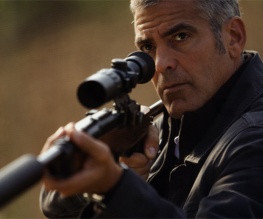 George Clooney’s new thriller The American has claimed the box office top spot in the US, marking the end of the summer season in typically lacklustre style.

The Bond-esque action flick, which stars Clooney as an assassin hiding out in Italy for one final job (natch), has made almost $20 million since it opened on Wednesday, pushing ‘mexploitation’ film Machete into second place with $14m and knocking last week’s victor Takers into third.

Machete, based on a spoof trailer from double feature Grindhouse, has been well received, with rare plaudits for Lindsay Lohan’s role after years of involvement with a string of extraordinary turkeys. (That’s metaphorical turkeys, obviously.) Both Machete and The American are due out in the UK on November 26th, so we’ve got a fair while to get excited – or totally lose interest – before they shoot/chop their way onto our screens.