Cloverfield 2 on its way? 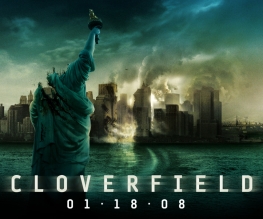 Director Matt Reeves has spoken about a possible sequel to Cloverfield.

While promoting the vampire remake Let Me In, Reeves revealed that “Cloverfield 2 is on hold for now”.

He later added that though the film is definitely in the pipeline, the ball won’t get rolling until the full team from the original can get involved. Reeves was making particular reference to producer J. J. Abrams, who is currently working on the sci-fi movie Super 8.

Bryan Burk, who co-produced with Abrams, was quoted talking about the possibility of a sequel back in 2008:”The creative team has fleshed out an entire backstory which, if we’re lucky, we might get to explore in future films.” There have been suggestions that the sequel will take on an entirely different perspective of the original Cloverfield, based on the incidents we glimpse in the background of the film’s fast-moving and disorientating scenes. There have also been talks of Cloverfield’s shaky camera style being abandoned for something new.

It will be some time before the Cloverfield team reveal anything certain (maybe even as late as 2012), so until then, let the speculations commence…