Could Daniel Craig sign up to two more Bond films? 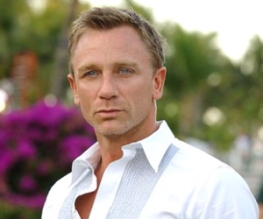 A James Bond fansite is claiming that Daniel Craig will be shrugging on the tailored tuxedo at least twice more, taking Bond up to his twenty-fifth onscreen adventure and making Craig the third longest-serving 007.

MI6, apparently a site with a reputation for being on the money, says Craig’s contract commits him to five Bond films (of which Skyfall, due out next month, will be the third). If he completes both Bonds 24 and 25, tentatively due out in 2014 and 2016 if Eon Productions returns to the biennial Bond cycle of old, Craig will place third in the Double-Oh rankings after Roger Moore (7 Bond films) and Sean Connery (6, or 7 if you count the non-canon Never Say Never Again).

Eon has a habit of locking its stars into multiple picture deals, but several Bonds have escaped before serving their full time behind the Walther. Sean Connery and Timothy Dalton both walked away from their contracts one film early, whilst George Lazenby rejected a seven-film contract after growing disillusioned after just one film (On Her Majesty’s Secret Service). Will Craig stick around? We suspect that we’ll be waiting until next year to find out for real.

Do you want to see more of Daniel Craig as James Bond? Let us know below!