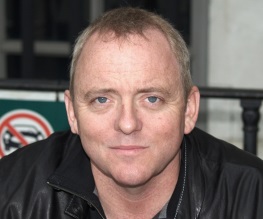 Well, if the Americans must go on remaking perfectly good French thrillers then this has to be the way to do it. Dennis Lehane, whose books Mystic River, Gone Baby Gone and Shutter Island have all been adapted into brilliant films, has been hired to write the screenplay for a US remake of French prison flick Un prophète. The original won a BAFTA for Best Film Not In English and was nominated for an Oscar, which the remake probably won’t be.

Lehane is a solid choice for virtually anything with guns and suspense; he’s written for The Wire and Boardwalk Empire as well as making his name as a novelist, and his lovely receding hairline makes it hard to grab his barnet in a fight. If that’s relevant. We’re especially looking forward to seeing how the film’s central rivalry (originally between Corsican and Muslim inmates in a brutal French prison) is translated to an American setting; Jews and Italians, perhaps? Hillbillies and Irish mobsters? It’s basically going to be like one of those episodes of Deadliest Warrior where they have a gang on each side, except Dennis Lehane won’t have Harry sitting on his sofa screaming about John Goodman while he’s writing.

Unless John Goodman’s in it. We’re up for that.

Do you get infuriated by the way in which the bloody Americans wait for the French to come up with a good idea, then nick it? We do, a bit. Probably Jean Reno should just shoot them.

Previous: The Wolf of Wall Street gets a brilliant new trailer
Next: Top 5 witches in film