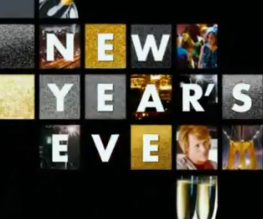 It’s not often that you see a 6% approval rating on Rotten Tomatoes, but by thunder the new Garry Marshall rom-slum has managed it. With reviewers attacking it left, right and centre it looks like the star-studded New Year’s Eve is less of a celebration then the makers had hoped. So does this mean no St Patrick’s Day? Damn.

Garry Marshall’s first Love Actually rip-off, Valentine’s Day grossed $56 million in its opening weekend last year, and went on to make $216 million world-wide. The reviews weren’t great, but that didn’t stop the viewing public from heading out in full force to see ALL THE FAMOUS PEOPLE do KISSING AND STUFF. This time, however, it looks like the critical derision has stuck. Grabbing only $13 million in its opening weekend, New Year’s Eve just about managed to steal the box-office number 1 spot away from Twilight: Breaking Dawn Part 1 after four weeks at the top, beating out the other opener – Jonah Hill’s comedy The Sitter . Does this mark the end of utterly dreadful revolving door rom-coms? God we hope so. *What To Expect When You’re Expecting grins menacingly in the not-so-distant distance*

Previous: Trailer for Nicholas Sparks’ The Lucky One
Next: Exclusive Pics Of The Magnificent Eleven