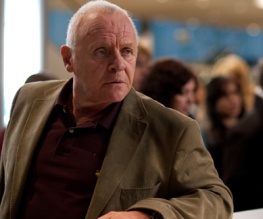 360, the psychosexual drama from City of God director Fernando Meirelles, is to open this year’s BFI London Film Festival.

The fifteen-day event is due to begin on the 12th October with Meirelles’ loose adaptation of Arthur Schnitzler’s play La Ronde. It stars Anthony Hopkins, Rachel Weisz and Jude Law as the participants in “a modern and stylish kaleidoscope of interconnected love and relationships” set across several continents.

Meirelles previously opened the LFF in 2005 with his film The Constant Gardener, also starring Weisz (who won an Oscar for her performance). The Constant Gardener is based on the John Le Carré novel of the same name, and Tomas Alfredson’s new adaptation of his book Tinker, Tailor, Soldier, Spy was widely expected to join 360 and a host of other films at the LFF – however, it will be beating the rush and is to be released next month. Huzzah!

Are you excited about 360? Did you ever recover from City of God? Let us know below!

Previous: The poster for The Woman in Black is unleashed
Next: New motion trailer for Puss in Boots