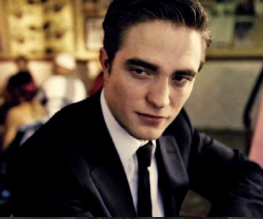 it’s been just over a month since we got our first glimpse of Robert Pattinson in David Cronenberg’s Cosmopolis, and we have to say that it got us ALL A FLUTTER. It didn’t look like anything either of them had produced before – it certainly didn’t seem reminiscent of Cronenberg’s body-horror days or his recent jaunt into stuffy drama, and there wasn’t a miserable Kristen Stewart or fanatically aroused woman in sight. Well, we’ve got another clip to show you, and if anything it’s only getting weirder. Hurrah!

Based on the novel Don DeLillo, Cosmopolis tracks a single day in the life of multi-billionaire Eric Parker (Pattinson) as he descends into madness following a sudden professional crisis. That’s all you need for now, take a look at this strange little clip and we’ll talk after:

Right? The stilted, meaningless dialogue (purposefully so? PLEASE GOD PURPOSEFULLY SO), the random introduction of rat-based protesters, the fact that a woman actually seems to not be that fussed about sleeping with R-Patz – this is all unknown territory. But then, anyone who’s seen Cronenberg’s patchy-but-damn-fun eXistenZ will be aware of how much Cronenberg likes to play with his heightened dramatic stylings. WHAT TO THINK? More. WE WANT MORE, DAMMIT.

Previous: Top 10 most ridiculous names in Hollywood
Next: Will Joseph Gordon-Levitt star in a Little Shop Of Horrors remake?