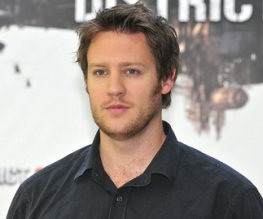 South African director Neill Blomkamp hasn’t returned to our screens since his blistering 2009 debut District 9 shocked audiences with its intriguing perspective on racial segregation and, if we’re honest, aliens. It’s nearly a year until his sophomore feature Elysium hits cinemas, but a freshly leaked synopsis has given us a tantalising insight into the film.

In the year 2159 two classes of people exist: the very wealthy who live on a pristine man-made space station called Elysium, and the rest, who live on an overpopulated, ruined Earth. Secretary Rhodes (Jodie Foster), a hard line government ofﬁcial, will stop at nothing to enforce anti-immigration laws and preserve the luxurious lifestyle of the citizens of Elysium. That doesn’t stop the people of Earth from trying to get in, by any means they can. When unlucky Max (Matt Damon) is backed into a corner, he agrees to take on a daunting mission that if successful will not only save his life, but could bring equality to these polarized worlds.

Filming wrapped six months ago, but we imagine post-production’s going to take Neill and co some considerable time. In the meantime, have another look at this advert for Armadyne’s Elysium project (estimated completion: Spring 2097) below:

Will you be seeing Elysium? OBVIOUSLY you will.