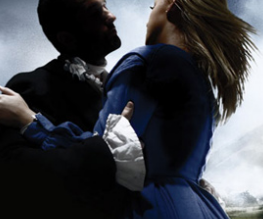 Get your dusky moors out for the lads. After causing a stir at the Venice Film Festival, and with a UK distribution date of the 11th November, it’s about time we all learnt a little bit more about the upcoming adaptation of Wuthering Heights. Lucky for us then that the first trailer has been released. And it’s, like, well moody.

You might not be familiar with the name Andrea Arnold, but she’s already got an Oscar under her belt (for her 2003 short film Wasp), which is more than I can say for you. Anyway, her take on the classic Brontë tale seems to be rather darker than we anticipated, with a trailer more reminiscent of a horror flick than a doomed love story. Take a look:

Still, keeps things interesting, eh? There hasn’t been a critically acclaimed adaptation of the novel since William Wyler’s version in 1939 (it starred Lawrence Olivier and won the Academy Award for Best Film), so it’s about time a new generation were introduced to the Cathy and Heathcliffe saga. And until then? Well, we’ve always got:

We’ve always got that.