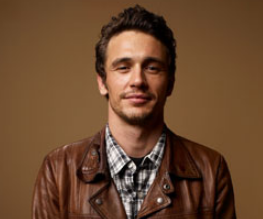 Actor James Franco (127 Hours, Rise of the Planet of the Apes) has dropped out of his Broadway role alongside Nicole Kidman.

The actor was set to star on stage alongside the Moulin Rouge beauty in Tennessee Williams’ Sweet Bird of Youth, a play about an ageing actress and her manipulative paramour who is helping her get back in to the movies.

It has been rumoured that Franco has been forced to drop out due to his current commitment at Yale University, where he is studying for a doctorate in English. He is also in the process of filming Oz: The Great and Powerful as well as a number of other productions. Not only is our James an intellectual powerhouse, but a thriving actor beating off notable roles with a sharp stick.

Despite this “The show must go on!”. David Cromer will be directing alongside Scott Rudin, who is producing the upcoming Broadway revival Death of a Salesman with Andrew Garfield and Philip Seymour Hoffman.