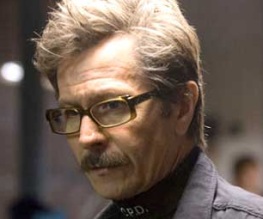 The most wonderful news has just emerged from the hot comforting oven of the Hollywood news bakery, warm, fresh and fragrant. Are you ready for it, like you are for delicious all-butter Irish scones on a wet November morning? Ok, you can have a slice: Gary Oldman, A.K.I. the contrarian’s Daniel Day-Lewis, is set to star as the leader of the human resistance to the coming Ape domination of earth in Dawn of the Planet of the Apes. OH NO THEY DIDN’T.

Oh yes they did. He will play Dreyfus, the Pompey to Andy Serkis’ Caesar, if you will. Very little information is around about the film. We know that Jason Clarke is set to star alongside Andy Serkis and Kodi Smit-McPhee in a plot shifted fifteen years after Rise of the Planet of the Apes when humans and apes are approaching a moment of compromise. Could Oldman and Serkis (Yes! Yes! Yes!) come to some sort of accord that will spare their shared planet from a war of annihilation?

This is obviously one of the most exciting things to happen to cinema since Juliet Binoche or something. As such, we at BFF are likely to lapse into ridiculous hyberbole and lose sight of the more important things that are surely going on in cinema at the moment. Therefore, we’re going to take some time, digest this universe-shattering info and report back to you when we know more…

In Dreyfus We Trust.

Dawn of the Planet of the Apes is going to be AMAZING. Leave us your hysterical comments.