Gary Ross will not return to Hunger Games sequel 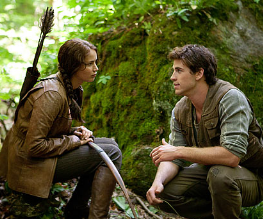 Jeepers it’s been a right whirlwind, hasn’t it? Only yesterday we heard that Gazza Ross was still considering writing and directing Catching Fire, the sequel to his mouth-gapingly successful The Hunger Games. But today we can confirm that the kibosh has been put on his involvement – he just doesn’t have the time to do it justice. Fair play, Gary. Fair play.

He’s released the following statement, we’ve ripped it from Deadline:

“Despite recent speculation in the media, and after difficult but sincere consideration, I have decided not to direct Catching Fire. As a writer and a director, I simply don’t have the time I need to write and prep the movie I would have wanted to make because of the fixed and tight production schedule.”

So, who on earth is going to take over duties now? Someone whose expertise leans towards the dark fantasy, like Alfonso Cuaron? A master of crowd-pleasing sci-fi like Bryan Singer? Duncan Jones? Jon Favreau (we’ve just about forgotten about Cowboys And Aliens)? Can we PLEASE make sure that Steve Kloves is allowed absolutely nowhere near the screenplay?

Who do you think should take over Hunger Games duties? Answers below, people…