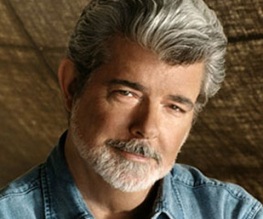 It’s been a few days now since still the internet teems with blogs, news and opinion pieces, debating whether it’s a good thing, a bad thing, or just a thing. The crux of most of people’s opinions on the matter can be narrowed down pretty specifically to George Lucas. Despite the sale, should he be directly involved in the new Star Wars films?

It’s not much of a stretch to suggest that most people want him to have as little to do with the new productions as possible. All of the good will Lucas built up with the original trilogy went out the window with his continuous tinkering – the adding of advanced CGI to otherwise perfectly handsome looking films – with the final straw being what turned out to be a pretty abhorrent prequel trilogy. Yes, there’s a lot of hate out there for Mr. Lucas, but dammit if he hasn’t just stuck a philanthropic middle-finger up to the critics.

It seems that Mr. Lucas is donating the majority of the $4billion he earned on Tuesday evening to charity. That’s one hell of a donation! Mr. Lucas was hardly in need of the money, and sold the rights to his brainchild more as a decisive step towards retirement rather than to fill his coffers, and so it’s very heartening to see him do the decent thing and give most of it back to those who need it.

Lucas has donated the money to a charity he himself had previously set up, the George Lucas Educational Fund, through which he hopes to not just provide funds for schools, but to change the very way the education system is structured and what children get out of it. Quite a task, but $4billion should provide an excellent stepping stone to achieving at least some of his aims.

And so, however much vitriol and snark there is flying around the internet towards George Lucas at the moment, and however justified it may be (those prequels were fucking awful), just keep in mind that George Lucas is, when it comes down to it, a genuinely decent human being.

Previous: G.I. Joe: Retaliation has an explosive new trailer
Next: Castle Wolfenstein film back on track