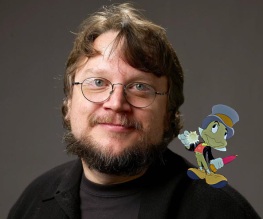 Well, this is the best news we’ve ever published. Guillermo del Toro, officially the least Mexican-looking man alive, has signed on to direct a 3D stop-motion adaptation of Carlo Collodi’s classic novel The Adventures of Pinocchio – with Muppet powerhouse the Jim Henson Company producing.

Guillermo del Toro’s Pinocchio will be co-directed by Mark Gustafson, the animation director on Wes Anderson’s hysterical 2009 film Fantastic Mr. Fox. Matthew Robbins, Del Toro’s co-writer on the dearly departed At The Mountains of Madness project, is collaborating with the director on the script (along with “darkly whimsical” children’s author Gris Grimly).

Oh, does it not sound brilliant enough yet? Well, how about this. Del Toro is considering asking Tom Waits to voice the role of elderly carpenter Geppetto, Pinocchio’s de facto father. Tom. Waits. Geppetto. BOOM! Also, he wants Donald Sutherland to play a fox for some reason. Will the fox smell like blood and roses, Guillermo?

Del Toro has never directed a fully animated film before, although he executive produced Puss in Boots and is also involved in forthcoming Mexican animation Day of the Dead. We’re not even going to try to be cool here, we are SO excited. Shooting is due to begin next summer, and that is TOO FAR AWAY!

How brilliant is this? Serious.

Previous: Rachel McAdams in talks to star in Richard Curtis’ About Time
Next: A Royal Affair