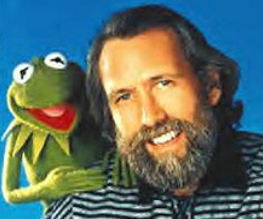 If The Muppets is anything to go by; humans and puppets can exist happily alongside each other. OK, so there were a few pirate battles in Muppets Treasure Island and David Bowie did mistreat his puppet minions in Labyrinth but things turned out all right in the end! And look at Sesame Street; that was just one big sing-a-long love fest!

But what happens if you take puppets and serial killers and whack them into a noir detective story? Oh, then things get nasty.

But also very interesting and entertaining, if Jim Henson tickles your fancy. And who’s fancy doesn’t he tickle? So good news. Lionsgate have picked up the Jim Henson Company project, Happytime Murders in order to bring it to the silver screen.

Jim Henson’s kids, Brian and Lisa will be producing the film, which is apparently a cross between Avenue Q and LA Confidential. The story goes that humans and puppets are living alongside one another, albeit the puppets are second-class citizens. Boo! Worse still, the puppet cast of an 80s kids TV show are being murdered one by one. Imagine what would happen if someone killed off Pat Sharpe? It doesn’t bear thinking about.

But the best people are on the job to solve the crime. A one-eyed, drunken disgrace of a puppet detective and his human partner. Well, three eyes are better then one.