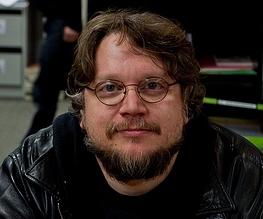 It’s enough to make even Gandalf mad. After endless delays, pushbacks, faffing, prevarication, messing about, blurred lines, stalling and navel gazing – not to mention more sodding casting rumours than we care to admit – the first part of the planned two-movie Hobbit series has been pushed back by nearly a year.

Planned for a December 2011 release, Variety hinted that Guillermo del Toro’s highly-anticipated adaptation won’t been seen until the “fourth quarter 2012”. Not great news by any stretch of the imagination, for either die-hard Tolkienites or Joe Cinemagoer. As well as delays in writing the second film’s script, MGM’s upcoming sale has also thrown a spanner into the works.

But we’re getting a wee bit sick of all this now. Peter Jackson and Del Toro must be champing at the bit to go into production, and we can’t imagine any actor linked to various parts not being eager to get in front of the cameras. When you consider the fact that the studios are likely to make the most money out of the project, the fact they’re hamstringing it at any given opportunity seems to us a pretty good definition of short-sightedness.

Sigh, another year’s wait for more Middle Earth mayhem. Join us in a good ol’ grumble in the box below.