Hobbit production to stay in NZ! 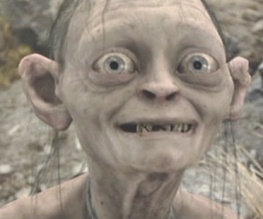 Kiwi Prime Minister John Key must be clutching his magical ring with relief at the news that Warner Brothers will not be moving production of The Hobbit.

Weeks of whining union action saw the cinema giants threaten to uproot the half billion-dollar shoot like a disenfranchised Ent and move it away from NZ, so Key stepped in as thousands of LotR fans took to the streets to support the production.

New Zealand can now continue to semi-legitimately brand itself with revolting slogans including ‘The Real Middle-Earth’, ‘Home of the Hobbits’ and ‘Galadriel’s Crib’, and viewers won’t have to get confused by a potential switch between the sweeping Antipodean vistas of Lord of the Rings and the threatened backdrop to The Hobbit, which was to include a colliery in Wakefield and possibly a chav urinating in a field. Jolly good.

Previous: Guy Fawkes Movies: 5 films we demand to see
Next: Ramona and Beezus