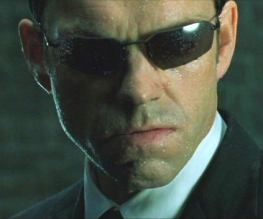 With the Cannes brouhaha now in full swing and announcement regarding films involved in some capacity at the festival ramping, there’s word that Hugo Weaving (Captain America: First Avenger) and Ben Whishaw (The Tempest) have signed on to take part in the long-gestating Cloud Atlas.

This announcement adds to confirmed parts for Halle Berry and Tom Hanks with Natalie Portman still rumoured to be in the film. Adapted from David Mitchell’s novel of the same name, the story follows a collection of characters in different settings (one is set in 19th Century America, another follows Hawaiian tribesmen surviving after the apocalypse), whose lives cross when they echo “down the corridors of history”, changing their destinies in numerous ways. I bet you the Hawaiian tribesmen are hoping one of those echoes somehow averts the doom and gloom of the apocalypse. I know I would.

Interestingly, according to some reports, each actor will be playing multiple roles which makes this film very, very interesting in terms of how it eventually ends up. The Wachowskis (they’re not brothers any more, get over it) will be sharing script and directing duties with Tom Twyker with production set to kick of in the autumn. As someone who loved Speed Racer (it’s awesome), I’m very intrigued to see the Wachowskis return to the big screen, especially with a film as complex as this sounds. Expect more details to spill out as the film nears its start date.