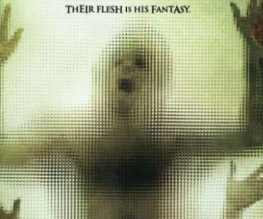 The sequel to the soul-numbing The Human Centipede has been refused an 18 certificate by the British Board of Film Classification, as they believe that the film may cause actual harm to its viewers. Gosh. Not that it will stop the people who want to watch it watching it, of course.

Urgh. You can crow about “freedom to express oneself” all you like, but when the “entertainment” in question makes Saw look like Lovely Little Philip: The Happy Fluff Mousey, you have to begin questioning the motivation behind its creation. Tom Six, seriously, like, just do some gardening or something, would you?

The BBFC described the central plot of The Human Centipede II (Full Sequence) as the ‘sexual arousal of the central character at both the idea and the spectacle of the total degradation, humiliation, mutilation, torture and murder of his naked victims’.

The film apparently centres on a man who is sexually aroused by the heavily body-fluid based actions of the first film. The BBFC took the unusual move of refusing to classify it, explaining and said no amount of cuts would allow them to give it a certificate.

‘There is little attempt to portray any of the victims in the film as anything other than objects to be brutalised, degraded and mutilated for the amusement and arousal of the central character, as well as for the pleasure of the audience.’

The BBFC also said the movie may breach the Obscene Publications Act and ‘poses a real, as opposed to a fanciful, risk that harm is likely to be caused to potential viewers’.

What’s your view? Should The Human Centipede II be banned from our screens, or will that just give it the power of infamy that its makers obviously crave?