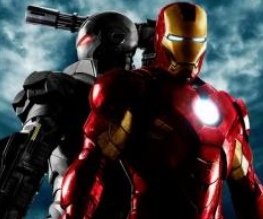 After a mini-leak of footage from Iron Man 2 in a behind-the-scenes documentary, Paramount (bless ’em) have decided to give us all an early Christmas present in the form of a new trailer. And we have to say, it’s looking pretty chuffin’ awesome.

As well as Robert Downey Jnr. being his usual jackass (yet incredibly endearing) Tony Stark, we get our first glimpse of Mickey Rourke’s Whiplash, who looks more than a match for Iron Man’s technical wizardry. As well as that (as if that wasn’t enough!) there’s sneaky glimpses of Scarlett Johansson’s Black Widow, Samuel L. Jackson’s Nick Fury and – perhaps most awesome of all – Don Cheadle’s War Machine in a kick-ass gun battle, fighting alongside Iron Man himself.

You can find the HD trailer here. In all fairness we’re feeling pretty stoked about this one, not least because we’re hoping for some more hints about the upcoming Avengers film, in much the same way it was hinted at the end of last year’s Incredible Hulk.

Is it March yet?

Previous: 300 Prequel On Its Way
Next: Whatever Happened To Pullman’s His Dark Materials Trilogy?