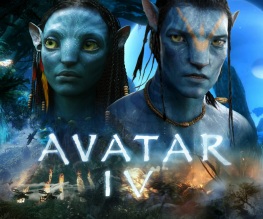 Despite dying at the end of James ‘NOTHING ELSE EVER AGAIN‘ Cameron’s absurdly overblown smurf opera Avatar, Sigourney Weaver has long since confirmed that she’ll be back for the back-to-back shooting of Avatars 2 & 3. And now, it seems, 4. How many cargoes of Unobtanium and creepy psychic wormy ponytails do they need?

Showbiz 411 is glibly asserting that Weaver confirmed the existence of (and her participation in) a fourth film in an interview about forthcoming soap opera Political Animals.

Here’s what the article says:

“…Then she films “Avatar” 2, 3, and 4 with James Cameron. That’s right: they’re making three sequels to the blue 3D phenom all at the same time. Weaver says she has no idea how long it will take, or how it’s going to work. “I just show up,” she said.”

So, just to clarify, the only thing Showbiz is actually laying claim to as trufax is the sentence “I just show up.” Overenthusiastic reporter reading too much into Sigourney’s interview chatter, or most depressing scoop since we found out that massive Skyfall spoiler? We’re not sure we even want to know.

What did we ever do to James Cameron? If you know then please mollify him.