Is Emma Watson Belle in Del Toro’s Beauty And The Beast? 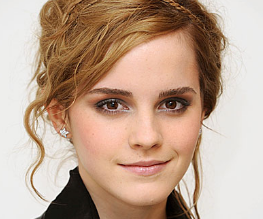 Now that Hermoine’s fetching double denim has finally been laid to rest, it was only a matter of time before we all got talking about What Emma Did Next. Well, having just wrapped The Perks Of Being A Wallflower and My Week With Marilyn (neither of which she has the main role in – probably quite canny of you Watson, considering your hatred of delivering lines), it looks like she might be going into business with Guillermo Del Toro. Eep.

To be fair, it’s all rumour and whispers at the moment, based on something dropped into conversation by producer Denise Di Novi. According to her, Emma Watson is lining up to play Belle in a Del Torro version of Beauty And The Beast, after what will presumably be gruelling and extensive prosthetic work. The question is, is Del Toro directing, producing, writing or make the sandwiches? All logic points towards him NOT taking the director’s chair – he’s about to embark on an epic task helming Pacific Rim with Idris Elba and Charlie Hunnam, after all – but at the same time there’s nothing quite like a Del Toro fantasy dystopia. We’ll just have to wait, see, and speculate wildly on the casting of Beast (come on Grint, THIS IS YOUR TIME)