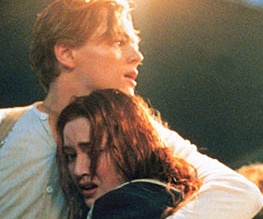 Just when you thought Hollywood couldn’t sink any lower than re-booting every film ever make, a whole new trend comes out that proves you wrong. Why even bother making another film, when you can just re-release one you’ve already made?

That seems to be the logic behind the planned re-release of Titanic, James Cameron’s first biggest-film-in-the-world. Cameron plans to turn the film 3D (yawn), and release it in 2012, “the hundred year anniversary of the sailing of the ship”. Yep. Nothing like the anniversary of hundreds of people drowning horribly to make you want to earn shed-loads of cash.

And if that doesn’t sound enough like free-loading off past achievments, he’s also planning to re-release Avatar. After being shoved off the top spot by Alice In Wonderland, Cameron has stated that there’s still a big audience who have yet to see the epic. He stated, “The word we’re getting back from exhibitors is we probably left a couple of hundred million dollars on the table as a result.” Poor James, are you having money troubles?

At the end of the day, yes it might be interesting to see Titanic up on the big screen again, but you know what’s more interesting? New films! New stories! Please, Hollywood, get some ideas?

Are you excited about seeing the big ship sink again? Let us know…

Previous: Predators: Sneak Peek
Next: Harry Potter and the Half Blood Prince