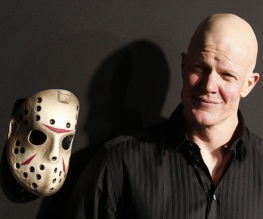 Paramount Pictures’ original re-imagining of the belovedly grim(m) fairytale is set 15 years after Hansel and Gretel have killed their first flesh-eating hexist, and the siblings have ditched the breadcrumbs for bounty-hunting artillery.

With a cast that already sports names that are no stranger to hardcore action and bloody violence – Jeremy Renner (The Hurt Locker), Gemma Arterton (Prince of Persia), Famke Janssen (X-Men) and Ingrid Bolso Berdal (Cold Prey) – it looks like the candy house may be more sick than sweet. Which is just how we like it.

Previous: New Hop trailer leaps online
Next: Anthropomorphise this! The personification of objects in cinema