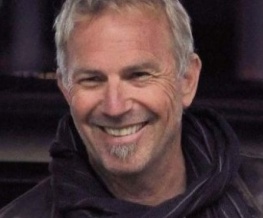 Kevin Costner is clearly fed up of being out of the limelight. It’s not like he’s stopped working, but it’s also been a fair while since he appeared in anything big. So, what’s an actor without a franchise to do? Well, if you’re Kevin Costner, you invent your own!

Costner is developing and producing an adventure series known as The Explorers Guild, and aims to launch it across several platforms, including a feature film, in which he’ll play a role. Atria Books has stumped up the cash to get the ball rolling, so it looks like Costner might get his wish.

The premise is thus; The Explorers Guild is a clandestine organisation that seeks out and explores the hidden, forgotten parts of the planet and uncover “the mysteries that lie beyond the boundaries of the known world”, which should allow for plenty of planet-spanning adventuring and temple exploring. Costner’s aim is that the series have universal appeal; think something along the lines of Indiana Jones, or The Adventures of Tintin.

Matinée adventures have come back into vogue somewhat in recent years, and if the real-life applications of The Explorers Guild can match Costner’s vision – he wants an animated series, along with the “illustrated novels” and feature film – then he could really be onto something. Everyone loves a good romp around an ancient ruin or two, and The Explorers Guild could provide the globe-trotting fun that the Bond films used to supply until they went all gritty and hard-hitting.

With the first novel not being published until 2014 (presumably it takes a while to draw something like this), we have a while to wait to see if Costner’s gambit pays off, but he can be seen before then in both the new Jack Ryan thriller – rather originally titled Jack Ryan – and in Superman sequel Man Of Steel, where he will play Superman’s adoptive dad. Both are due in 2013.