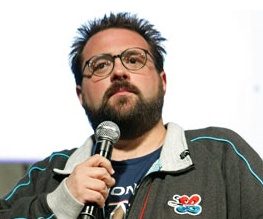 Kevin Smith, Director of Clerks, Chasing Amy and universally loved for his role as Silent Bob in various teen flicks, has been ejected from a Southwest Airlines flight for being too fat. The director was deemed a ‘safety risk’ and was forced to book another flight after being told that he was not allowed to board the plane he had booked a ticket on.

Smith didn’t wait long before wreaking revenge upon the airline, unleashing a Twitter-lashing so extreme that it prompted thousand of other.. erm… -‘diametrically challenged’ (that’s PC, right?) people to make similar complaints. “Wanna tell me I’m too wide for the sky?” Smith asked, “totally cool but fair warning folks: If you look like me, you may be ejected from Southwest.”

Southwest, under the sudden thunderstorm of complaints, have since issued an apology to Smith, stating that they’re willing to do whatever they can to make it up to him.

This is a tricky issue in our opinion, as although it’s never nice to be humiliated for what you look like, surely if an airline deems you a safety risk… there’s a pretty high chance that you’re a safety risk. Maybe instead of using so much energy in tweeting up a storm, make a nice salad? Peel an avocado? The world is getting gradually fatter and fatter, and the more we say it’s OK, the fatter we Westerners are going to get. The buck has to stop somewhere, and we’re not sure blaming airlines for following safety regulations is necessarily the healthiest resolution here.

What do you make of this? Should Kevin get free plane tickets for life, or maybe just a free gym membership? Let us know below…