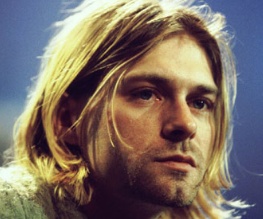 Kurt Cobain, the tortured genius behind Nirvana who killed himself in 1994 has become one of the most iconic figures in the history of angry, angry music. It seems that Oren Moverma – Oscar-nominated writer-director of the Woody Harrelson/Ben Foster flick The Messenger – is in talks to write an direct Cobain’s biopic.

Since his death, there have been no official Cobain movies, but Universal and Working Title have been trying to bring Cobain’s story to the big screen since 2007, when they hired David Benioff to adapt Charles R. Cross’ book, Heavier Than Heaven: A Biography Of Kurt Cobain.

We’re not totally sure what bringing this story to the big screen will really add to the tale, considering how massively documented the story has been in the media over the years, and with his wife Courtney Love onboard to executive produce, this film might very well turn into a “immortalizing hero” flick rather than a truthful and gritty account of a man and a life that got too out of control to handle. Only time will tell, but we’ll be interested to see who they cast as the big man himself.

You excited about the prospect of a Cobain film? Let us know what you think below!

Previous: Disney Gets Ready For Prom
Next: Cineworld Backs Away From Alice Boycott