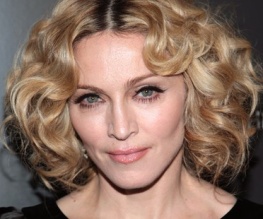 The Weinstein brothers just can’t get enough of inter-war British royal intrigue, can they? Not long after distributing the incoherently successful The King’s Speech, the brothers’ post-Miramax enterprise The Weinstein Company has bought the rights to Madonna’s forthcoming Edward VIII/Wallis Simpson biopic W.E. For some reason.

The film, which was co-written by Madge and Alek Keshishian (director of the 1991 documentary Madonna: Truth or Dare) is being billed as the singer’s “directorial debut”. This is a complete lie; she directed 2008 flop Filth and Wisdom, but in an effort to stop that particular portion of her distressing cinematic background being raked to the surface a TWC spokesman has affirmed that it was only a short, making W.E her feature-length debut. Filth and Wisdom, for the record, was 81 minutes long.

Optimum tells us W.E is due out early next year – could someone get on the blower to the Mayans and ask how much wiggle room they have with the date of the apocalypse?

Previous: Jason Clarke bags a role in Luhrmann’s Great Gatsby
Next: Hobo with a Shotgun