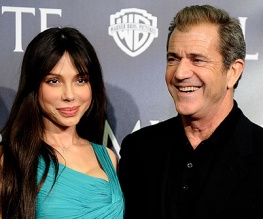 Mel Gibson has pleaded no contest to a charge of assault and battery against his ex-girlfriend Oksana Grigorieva, although in his heart of hearts he probably thinks he was set up by the conniving Jews.

The actor, director and racist was sentenced to 36 months probation, a year of domestic violence counselling and 16 hours community service, and was also ordered to pay fines and court costs.

We strongly suspect that the little baby Jesus will levy an additional fine: viz. that his new film The Beaver, which premieres this month, will be unconscionable trash and he’ll never work in Hollywood again. The little baby Jesus is good like that.