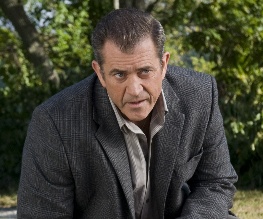 It seems to be the busy season for Mel Gibson. Not only is he is starring in Jodie Foster’s The Beaver, preparing for the release of Edge of Darkness and announcing that he’s to direct a Viking epic starring Leonardo DiCaprio, Variety has revealed that he’ll also be starring in a new film called How I Spent My Summer in Mexico, an action drama written by… Mel Gibson.

The film will tell the story of a criminal who gets sent to a corrupt Mexican prison where he develops a friendship with a nine year-old boy. Thematically, the film links with Gibson’s directorial debut The Man Without A Face which also depicts a man who attempts to redeem his life by bonding with a young boy.

Gibson’s many visits to Mexico this year have probably been in search for filming locations. The film will be directed by Adrian Grunberg (Apocalypto) and produced by Stacy Perskie and Stuart Davey. Busy times for Gibbo indeed.

Previous: From Spiderman to the Hobbit?
Next: The Princess And The Frog Leaps To Top Of US Box Office