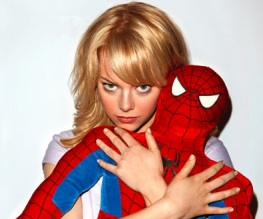 Well, here we are again. You know the drill – some new images have been released for The Amazing Spider-Man, so we’ve abandoned the most boring ones and pasted the rest below. We’ll churn out two hundred words of generic opinion laced with snark, you’ll click a couple of them and say “Gosh, Emma Stone’s a knockout” to whoever’s around, and we’ll all perpetuate this ghastly pretence that we want to have films ruined for us before they even come out. Honestly, what the devil is going on? Are we all scared to be the first person to admit that we don’t want to watch clips and see stills and dissect posters and all the rest of it for six months before the film’s released? Well, Best For Film says NO MORE! We will stand, alone if we must, against the perverse might of the Hollywood publicity machine, and if we are swept away then we will die a warrior’s death.

The Amazing Spider-Man will be in cinemas at some point. Why isn’t that enough for you, you monsters?